Works on the rock wall of Strečno Castle will last for two weeks. 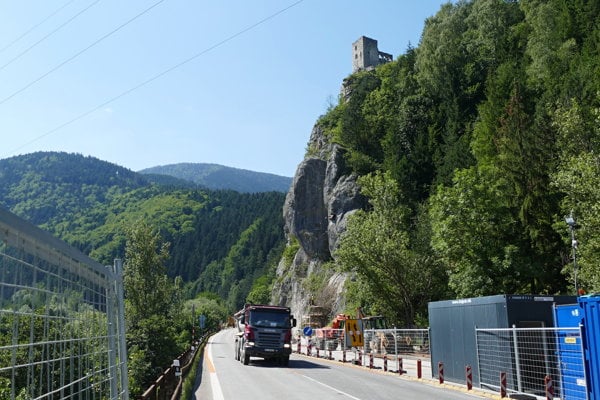 The road between Martin and Žilina has been completely closed due to a chunk of rock weighing around 100 tonnes, that is at risk of breaking loose and falling onto the highway. The wall of the rocky hill above the road, on which Strečno castle is perched, is currently being stabilised in order that falling rocks do not endanger vehicles passing under it.

This road is one of the most frequently used roads in Slovakia. Such a long continuous closure during the week was not originally planned as works on the rock have been done during the weekend. The works were planned to be complete by August 8.

“A block of roughly 50 cubic metres of rock will have to be removed,” Branislav Prelovský from a construction company told Joj TV, adding that it will be mountain hikers who will gradually remove the dangerous piece of rock. 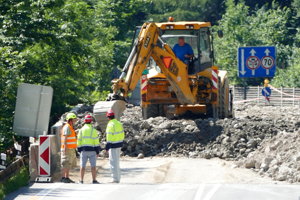 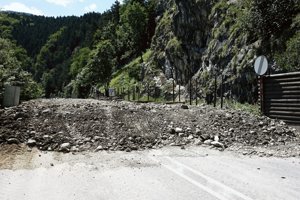 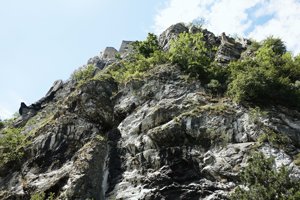 Closure of the road below Strečno Castle (3 photos)

Already the road is covered with soil in order to protect it from falling rocks during the removal works.

The works are estimated to last two weeks while those travelling from Žilina to Martin will need to use a bypass via Terchová village making the journey much longer.

“The bypass is three times longer when compared with the original route, almost 80 kilometres,” said Ľubomír Palčák from the Research Institute of Transport.

The closure will complicate commuting for workers and logistics for the large companies located in this region, for example, the car maker, Kia Motors Slovakia.