Old tram to be turned into centre of culture

It will host concerts, discussions, screenings, the reading of books and more. 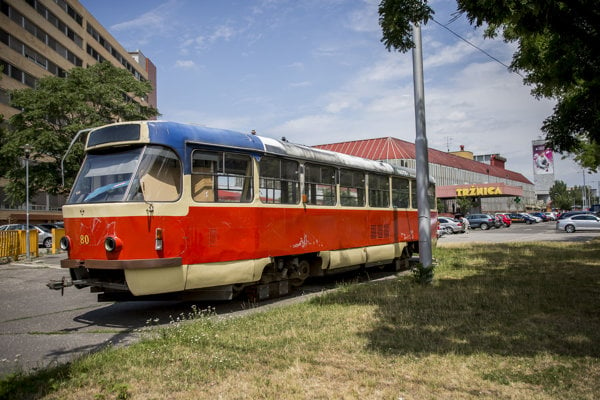 The old tram is turning into centre of culture. (Source: Sme)
Font size:A-|A+

The Trnavské Mýto square will soon be not only be an important traffic hub, but also a centre of culture. At least this is the vision of fans of less traditional culture in Bratislava from the UM civic association. They have just set up an old, unused tram in a parking space in front of the market hall at Trnavské Mýto and near the historical building of the horse train's station.

“The aim is that people interested in culture and life in the city meet in the tram,” said Lívia Bolyósová, one of the leaders of the project as cited by the Sme daily. “We will organise various concerts, discussions, screenings and also book readings.”

They want to start holding events in September. In the meantime, they plan to clean up the tram and rebuild it, in order for it to serve the needs of a centre of culture. They want, for example, to remove all the seats, renovate them and use them as chairs for the visitors. The aim of the enthusiasts is to make the space of the tram as authentic as possible. They also intend to add tables and shelves. The lighting will be renovated too.

Because the tram cannot accommodate a very large mass of people, the association plans to also use the surrounds. During the winter, some events can move into the market hall.

In the beginning, they plan to organise two to three events per week.

“Admissions for the events will be voluntary,” said Bolyósová, adding that they will welcome any help as they are financing the whole project from their own pockets.

The idea to turn a tram into a centre of culture was born within a group of friends when they heard that Bratislava’s public transport company was selling its disabled trams. They decided this would make the ideal space in which to establish a centre of culture. They enrolled in an auction and succeeded with their bid.

“It is not as cheap an affair as we originally thought,” said Bolyósová. They ended up paying some hundreds of euros for it.