The project is expected to restore the activities in tourism and promotion of cultural traditions. 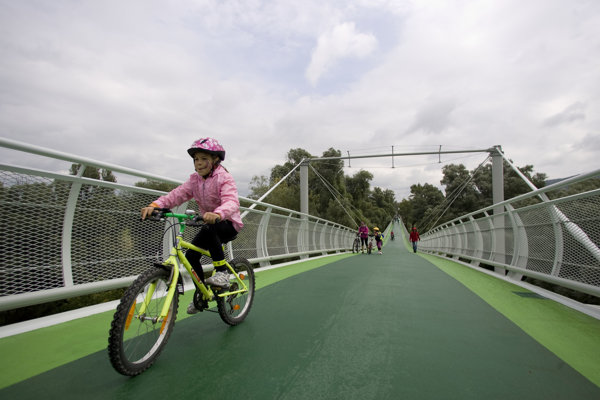 The joint activities to support tourism, culture and traditions of national minorities are among the main goals of the memorandum on cross-border cooperation signed by 10 mayors from Slovakia, four from Austria and one from Hungary.
The memorandum is part of the Regional Partnerships as a basis for the Active Cross-Border Collaboration (REPA) project.

“Project REPA is not intended for one-time use, but it’s rather a stepping-stone for further activities and bigger development projects that cannot be realised by individual municipalities,” said Vladimír Pálfi from the Euroregion Danube Initiative organisation, as quoted by the TASR newswire, adding that the cross-border municipalities have to join forces.

For the Slovak side, the memorandum was signed by mayors of Bratislava’s city boroughs Jarovce, Rusovce, Čunovo, Dúbravka and Devínska Nová Ves, and the mayor of Chorvátsky Grob village. For Austria, it was inked by the mayors of Parndorf, Neudorf and Pama; the mayor of the village of Bezenye signed the document for Hungary.

“The potential of our region is big, thus we believe that the project will restore the activities in tourism and promotion of cultural traditions,” Jarovce Mayor Pavel Škodler said, as quoted by TASR.

The mayors also stressed the importance of cross-border events.

“We want the REPA project to be a stepping-stone towards more intensive collaboration of Slovak, Austrian and Hungarian municipalities situated close to the borders,” said Čunovo Mayor Gabriela Ferenčáková, as quoted by TASR.

Also several seminars in Jarovce and Čunovo were held as part of the project, which resulted in the creation of a platform for national minorities living in border areas. They were represented particularly by the Croatian minority, TASR wrote.