The last Saturday of July will offer a treat for railway enthusiasts in Košice Region. 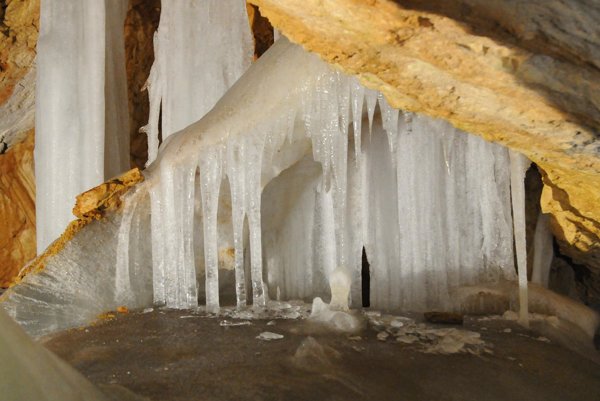 On the last Saturday in July, tourists and railway enthusiasts will have a special chance to visit the Dobšinská Ice Cave, one of the biggest ice caves in the world, on a historical train.

The trip is part of the To UNESCO by Train series.

“The cave is known for its rich ice decoration that remains there year-round,” said Lenka Vargová of the Košice Región Turizmus, as quoted by the SITA newswire. When preparing for the trip, visitors should remember that the temperature in the cave is around zero.

A ride through the well-known Telgárt circuit will also be offered.

“This trip fascinates not only the enthusiasts of railway nostalgia,” Ľubomír Lehotský of the Detská Železnica civic association told SITA, “but thanks to the amazing natural scenery around the track, it touches the heart of everyone”.

One of the highlights of the ride is crossing the 100-metre-long brick railway bridge, Chmarošský Viaduct, which was built in the 1930s.

The tickets for the ride can be booked or purchased online through the reservation system.