Young Slovak talents made the hearts of sports fans race with their performance at the World Championship in water slalom. 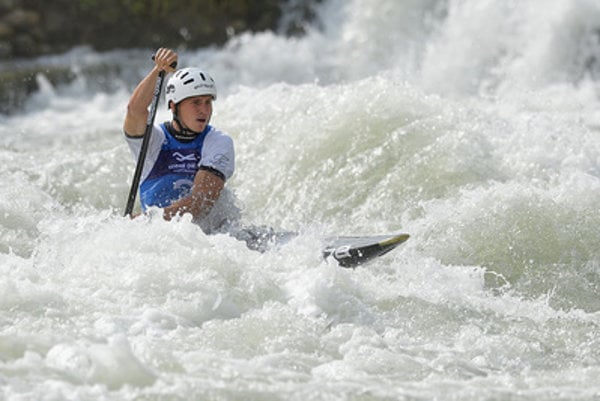 The weekend of July 22-23 was a huge success for the Slovak national team at the Junior Under-23 World Championship in Čunovo near Bratislava.

In the U-23 singles, Slovakia had a great lead at the start: Marko Mirgorodský was first in the semi-finals, with a lead of more than four seconds.

In the finals, his competitors sped up, but Mirgorodský improved and won the U-23 title, after earning victories in the past two years.

“This is my first year in this category – and I thought the race went well. I felt the support of visitors, and when I had a problem with the outfit on the track, I did not let myself be discouraged,” he said after the winning performance.

In the semi-finals, junior kayaker Soňa Stanovská had the fastest time, followed by Andrea Herzog of Germany, both of whom are also medal-winners in singles. Eliška Mintálová finished with a silver medal in the finals after a point deduction for touching the gates.

Stanovská finished fourth overall. “I was quite nervous at the start, as I knew about the good times of my rivals,” she said, as cited by Sme. “I was fast, and the finish was very good. I felt the setting, the atmosphere and the people who encouraged me.”

Crowd pushed her to the finish

Mintálová’s victory was the last time she will compete among juniors. “The crowd pushed me forward the whole time, and they helped me a lot,” she said. “I have paddled quite a lot on this water – more than my competitors. It is unbelievable feeling, I only waited in the finish and believed that I could manage it, even with a bad touch of the gate. The boat went forward perfectly. It was my first and also last start in this category, so the joy is twice as big.”

The Slovak team won three gold and two silver medals on July 21 and 22, and another silver and one bronze medal on July 23.

On Sunday the silver went to junior singles Monika Škáchová, Somina Glejteková and Soňa Stanovksá. The bronze medal was won in the 3xK1 competition by juniors Eliška Mintálová, Soňa Stahcovksá and Silvia Brosová.

“The silver is a success – I was not good individually at this championship, so I am thankful for this medal,” Simona Glejteková said for Sme.