Štefan Nosáľ, long-time choreographer and artistic director of the Lúčnica folklore ensemble, died at the age of 90. 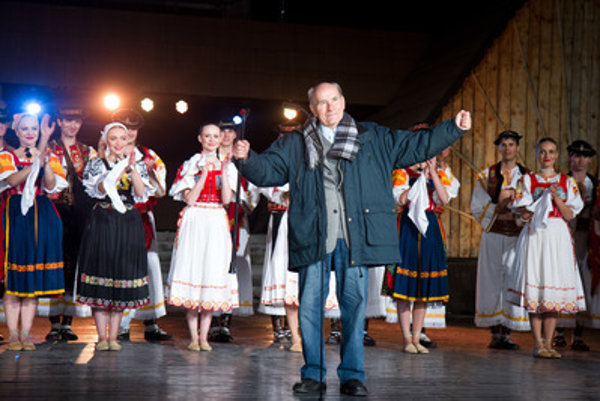 Nosáľ died in Bratislava on the evening of Saturday, July 22, the TASR newswire reported.

Nosáľ was born in the Banská Bystrica Region village of Hriňová on January 20, 1927 and received a degree in civil engineering in Bratislava in 1953 before continuing on to study dance choreography.

A Lúčnica dancer since 1949, he was appointed the ensemble’s artistic director and choreographer just two years later. He created over 100 dance compositions and a number of feature compositions during his prolific career and also taught at the Academy of Performing Arts (VŠMU) in Bratislava.

Nosáľ’s nearly 70-year tenure as the artistic director of Lúcnica is viewed as a unique feat worldwide. Lúčnica began in 1948 as a troupe of young enthusiasts from the Živena Society. Nosáľ received a number of state accolades, including the Ľudovít Štúr Order Second Class in 1997 and the Pribina Cross First Class in 2007.

State representatives like Prime Minister Robert Fico, Speaker of Parliament Andrej Danko, Culture Minister Marek MaĎarič and President Andrej Kiska expressed their sympathies, calling Nosáľ an unforgettable personality of Slovak folklore who has made immense contributions. They also mentioned that his dedication to Lúčnica – which is an original contribution to the country’s cultural heritage – was enormous, and that Slovak folklore became the country’s “brand” that rightly receives admiration abroad.

Nosáľ’s name will forever be linked with Lúčnic, they said, according to TASR.

Lúčnica’s members and representatives also expressed their sorrow over Nosáľ’s passing. The troupe manager, Július Jackuliak, said that Nosáľ will forever have a place in the hearts of Lúčnica’s “big family” and the whole of Slovakia.