Teacher’s salaries to rise by 6 percent from September

Increase in salaries depends on trade unions signing Memorandum that no strikes against the government will be held until 2020. 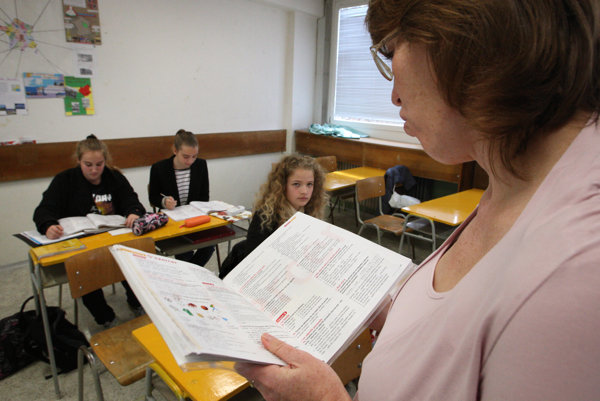 The salaries of teachers are set to rise by 6 percent from September 1. Further 6-percent increases are planned for September 2018 and for September 2019 and by January of 2020. This is the conclusion of the agreement between the government, trade unions and the Association of Cities and Towns of Slovakia (ZMOS).

Salaries of pedagogical and specialised employees of regional schools as well as of university teachers have increased by 4 percent in January 2016 and another 6 percent since September of 2016.

The increase in salaries of employees in nursery schools, primary art schools, free time centres and school clubs will be paid by towns and villages, the rest will come from the Education Ministry.

Prime Minister Robert Fico (Smer) stated that it is an unprecedented increase in salaries that confirms the government’s interest in the social status of teachers.

At the same time, he stressed that the planned increases will happen only if the trade union of teachers signs a memorandum with the government on refraining from organised strikes. Otherwise the salaries will increase by 6 percent only, from January.

The head of the trade union Pavel Ondek, stated that after the holidays he will call for an extraordinary meeting of the unions. He believes that the trade union would approve the memorandum, however, the issue depends on negotiations because its members have to make decisions collectively.

Education Minister Peter Plavčan on the question of whether he is not afraid of dissatisfaction in the Slovak teachers’ initiative (ISU) that had organised the protest, stated that we should all focus our initiative on classes for children in order that they have a better education.