The neighbours of Žarnovica

The history of the central-Slovak town of Žarnovica is closely connected with the nearby environment. 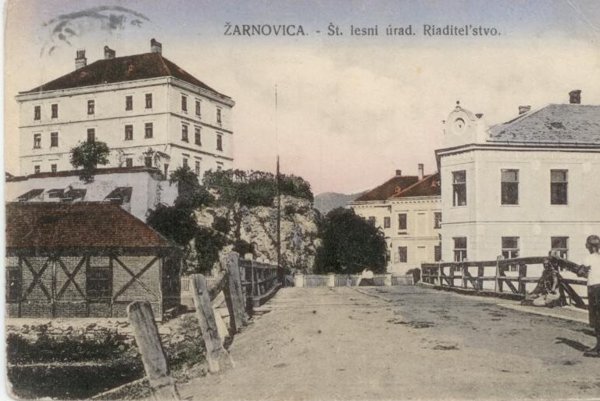 The first occasion which greatly increased the importance of this municipality was the moving the toll-collection from nearby Voznica. This happened in 1343, at the initiative of Levice Castle. In practice, this meant that the income of the settlement, unimportant until then, rose manifold, and the settlement started to change into a town.

Of course, Žarnovica was not a free town yet by that time but belonged to the Dóczi territorial lords from the nearby castle of Revište who had their residence in the small town. After the Dóczis died out, the Court Chamber in Vienna started to be interested in the Revište dominion. As it also controlled the mines in and around the nearby mining towns, the chamber was attracted by the vast forest resources, necessary for the mining works.

Žarnovica also felt the close and not always agreeable presence of rich mining towns in 1908 when the influential owner of foundries from the village of nearby Vyhne, Kachelmann, asked the ministry to close down the Žarnovica brewery. After the ministry approved his request, Kachelmann moved the brewery to his town of Vyhne. Thus, Žarnovica lost its brewery, while in Vyhne, beer has been brewed until today.

In this hand coloured postcard from 1922, we can see a state forestry office on the left – probably the most important office in the town at that time.