The prosecutor’s office is ready to look into the case.

The alleged boss of the organised crime group Takáčovci, Ľubomír Kudlička (also known as Kudla) was released from custody on July 21. The Specialised Criminal Court in Banská Bystrica released him on bail amounting to €100,000. Kudlička has agreed to be supervised by a probation and mediation officer, the Aktuality.sk website informed.

General Prosecutor Jaromír Čižnár wants to check the court’s decision, as well as the reasons why the Special Prosecutor’s Office did not object to the ruling, his spokesperson Andrea Predajňová told the SITA newswire.

“The General Prosecutor’s Office will scrutinise the court file in the matter to consider whether it would meet the legal conditions for submitting an appeal by the justice minister,” Predajňová said, as quoted by SITA. 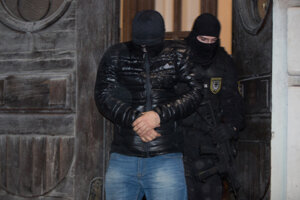 Kudlička was one of 13 people detained during a police operation carried out in late January. The prosecutor’s office claimed they had committed several crimes, including founding an organised crime group, using violence and committing frauds.

Kudlička has denied all of the allegations, the TASR newswire reported.

The Supreme Court decided in February that six alleged members of the Takáčovci group, including Kudlička, would be prosecuted in custody, SITA wrote.