The energy regulator to be more open with the public

Newly-appointed Ľubomír Jahnátek has introduced some of his first tasks in the office. 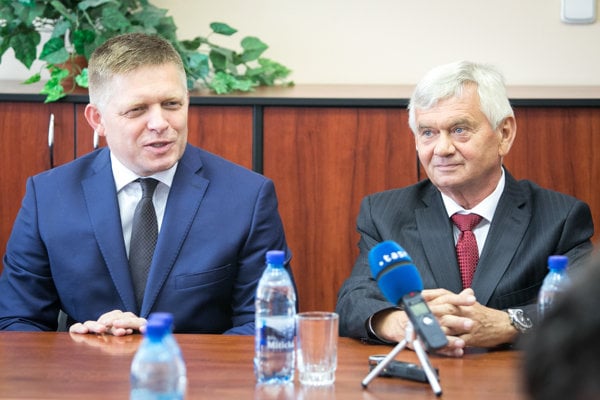 The Regulatory Office for Network Industries (ÚRSO) should become more open with the public, chairman Ľubomír Jahnátek said. Jahnátek was officially appointed to the position on July 26.

“I’m looking to open up ÚRSO a bit to the public,” Jahnátek said, as quoted by the TASR newswire. “It’s been hidden somewhat from the public eye, and few people really knew much about it.”

Jahnátek pointed in his speech to some “unwelcome surprises”, which have occurred, especially over the past six months.

“I believe we should communicate more with the public and attach greater importance to advice from businesses, which expect predictable energy prices for their business plans,” Jahnátek said. “It’s unacceptable to surprise them every year with changing energy prices.”

He plans to focus on three “key things” that need to be done in the near future.

“ÚRSO has issued three draft decrees concerning pricing calculations, specifically for electricity, water and heating,” Jahnátek said, as quoted by TASR. “Regrettably, they didn’t comply with their lawful duty by failing to account for the impacts on the economy and on different groups of consumers.”

One of the first things he plans to do is to withdraw these decrees and issue new ones in compliance with the law.

“There’s no way I’ll give my blessing to somebody else’s slipshod piece of work,” Jahnátek said, as quoted by TASR.

Moreover, the government has set aside some €1.8 million to check company assets that are factored into the calculations of regulated prices.

“The bill was footed by the state,” Jahnátek said. “Nobody even knows how this analysis turned out. As it happens, the analysis, which was supposed to cut energy prices produced a rise in prices for some groups of consumers. We need to address this quickly.”

The new ÚRSO head also wants to “make the organisational chart of the regulatory authority more transparent and expanded, so that price-setting doesn’t only come under the authority of the pertinent ÚRSO department and chairman”. Instead, Jahnátek proposes an “interface” getting the low-down on how prices are set.

“Price-setting shouldn’t be a Pandora’s box from which something flows out,” Jahnátek said, as quoted by TASR. “Prices must be subject to a prior discussion. Everybody should know what will come out.”