No other zoo in Slovakia breeds this owl species. 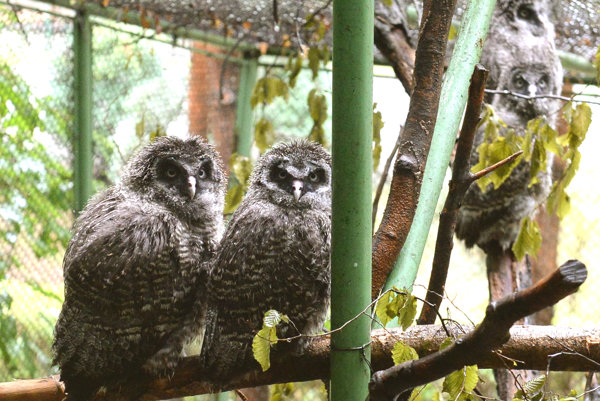 Four great grey owlets hatched in Košice Zoo a month ago but were spared the glare of publicity until these days.

"We started breeding great grey owls in late 2012. The female is five years old and is a native of the zoo in Prague. The male hatched 16 years ago in the Royal Burgers Zoo in the Netherlands and was moved to zoos in Děčín and Ostrava before settling down in Košice Zoo, where he's now sired his first offspring," said head of the zoo's education and marketing department Eva Malešová, as quoted by the TASR newswire.

"Breeders regard the hatching of as many as four chicks as a feat because, according to literature, great grey owls hardly ever lay five eggs," she added for TASR. 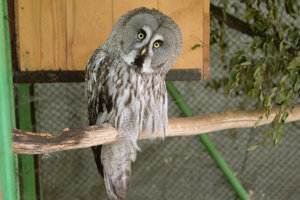 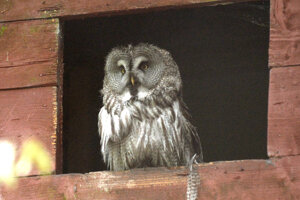 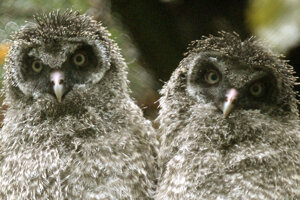 No other zoo in Slovakia breeds this owl species. The breed's supervisor Jozef Lenard said that great grey owls, sometimes also called Lapland owls, are one of the largest types of owls. They can grow up to 60-80 centimetres in length and have a wingspan of up 150 centimetres. They weigh in at 700 to 1,500 grams and can reportedly live up to 30 years of age - much like other owl species, in fact.

They rely on their uniquely keen sense of hearing, which allows them to accurately pinpoint their prey, most commonly rodents, even beneath a snow layer of 50 centimetres from as far away as 100 metres.