They perceive some of the proposed initiatives as protectionist 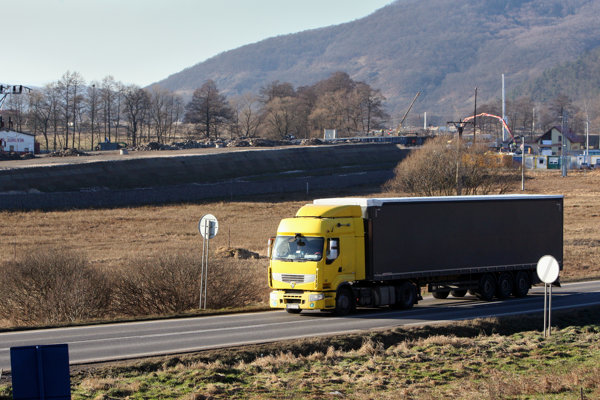 While the European Commission is taking action on clean, competitive and connected mobility, Slovak road hauliers see its proposed road transport rules as protectionist measures of the established member countries of the European Union. The Slovak Transport Ministry points out that the latest initiatives have not been adopted yet and are just undergoing legislative proceedings, highlighting that more unified and clearer rules could contribute to enhanced competitiveness of road haulage companies, especially those observing the rules. But it admits that some measures may make the lives of Slovak hauliers in western Europe harder.

From the package of proposed road transport initiatives, the Association of Road Transport Operators of the Slovak Republic (ČESMAD) feels the significant influence of strong western European countries, which creates ideal conditions for the protection of their markets from other, mainly poorer, European countries.

“We disagree with such a division of the single European market, and we will require significant changes in individual proposals,” said Pavol Jančovič, president of ČESMAD Slovakia.

Europe on the Move

On May 31, the European Union introduced a set of initiatives called ‘Europe on the Move’. It believes that this will make traffic safer, encourage fairer road surcharges, reduce CO2 emissions, air pollution and congestion, cut red-tape for businesses, fight illicit employment and ensure proper conditions and rest periods for workers.

“We see the world of transport changing fundamentally,” said EC Vice-President for Energy Union Maroš Šefčovič, as cited in the press release. “Europe must seize this opportunity and shape the future of mobility.This is our unique chance to ‘reinvent the wheel’.”

The first eight initiatives unveiled under Europe on the Move set target road transport to help the sector remain competitive and fair as it transitions toward clean energy and digitalisation. The EC promises that the proposals will improve the functioning of the road haulage market and help improve workers’ social and employment conditions. This will be done by stepping up enforcement, fighting illicit employment practices, cutting the administrative burden for companies and bringing more clarity to existing rules, e.g. concerning the application of national minimum wage laws, the EC wrote in its press release.

However, ČESMAD said that while the EC considers the package of initiatives as fair, for Slovak hauliers it means a severe worsening of business conditions. In expert discussions it has identified the most problematic initiatives.

“The posting of workers’ directive is considered one of the biggest problems in other European countries as well,” Ivan Rusko, general secretary of ČESMAD told The Slovak Spectator, adding that it is completely unfit for traditional road transport.

A significant negative intervention is also a change in the required rest time for truck drivers, within which the EC is considering a ban on drivers spending compulsory weekly rest periods in their truck cabins.

ČESMAD points out that the market has not been prepared for such a ban, as there is insufficient accommodation capacities for truck drivers. Moreover, insurance policies actually ban drivers from leaving their loaded trucks unattended.

Additionally, while the EC through its latest initiatives wanted to target letterbox companies and so-called nomad drivers, it has missed its goal, according to ČESMAD. Such companies register in a member state with a lower minimum working wage as a way of cutting costs and hiring cheaper labour. Their nomad drivers then often actually live in the cabin and even spend months in their trucks without a break outside the cabin.

“Actually the EC only negatively interfered with the operation of classical hauliers carrying out regular transport,” said Jančovič, adding that the proposed measures impose an impassable administrative and bureaucratic burden on hauliers.

Even before the implementation of the changes proposed in the package of road transport rules, the life of Slovak truckers had already gotten harder. This is because several countries have already implemented regulations requiring the equal remuneration of truckers from other countries operating in the territory of the given country, or banning truck drivers from spending their weekly rest periods in truck cabins. After six days in a truck, a driver must take a compulsory 45-hour break.

ČESMAD, even though it does not agree with the measures on minimum wage and sleeping in the cabin, recommends its members to observe all these regulations in order to prevent being fined.

“Maybe because of this we don’t have information about a Slovak company that would be fined due to these measures,” said Rusko.

But Rusko recalled a recent police action in Belgium against truck drivers violating the regulation requiring them to spend the compulsory 45-hour weekly rest period outside of their cabins. The police checked about 200 vehicles in a parking lot near an important port and collected approximately €113,000 in fines.

Germany, France and Austria have adopted minimum wage laws that require foreign drivers to be paid according to the local minimum wage when making deliveries in their countries.

In the case of Austria, expert in tax and accounting Wilfried Serles, managing partner for Grant Thornton Slovensko, even points out that the duties brought about by an early 2017 Austrian law are actually unrealisable.

The Austrian law does not have any exceptions for short-term transport either. Thus it also affects those taxi and bus companies providing transport, for example, from Bratislava to the Viennaairport.

“The taxi service and the owner of a bus going to the Vienna airport must fill in a form and remunerate the drivers according to the Austrian collective agreement for each 30-minute drive,” said Serles.