As the extremely hot weather will continue until the end of the week, Bratislava must take precautions. 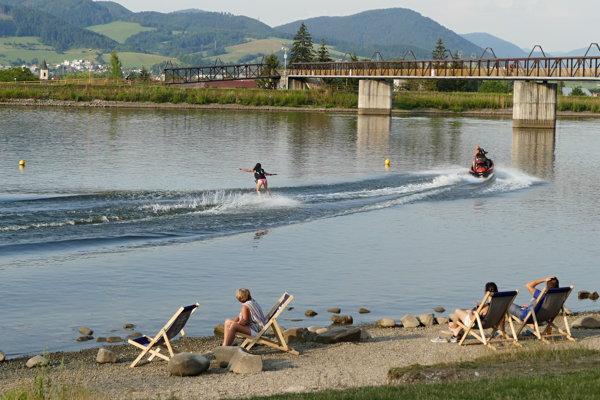 Most regions in Slovakia are preparing for extremely hot weather in next few days, with temperatures expecting to exceed 33 degrees Celsius.

The Slovak Hydrometeorological Institute (SHMÚ) has issued an orange (second-level) warning for the whole of western Slovakia, plus some southern regions, for August 1-3. The temperatures may be as high as 35-37 degrees Celsius in the afternoon hours.

SHMÚ also issued a yellow (first-level) warning for the northern districts of Trenčín, Prešov and Banská Bystrica regions, with temperatures ranging between 33 and 34 degrees Celsius. No warnings have been issued for the Kysuce, Orava, Liptov and Spiš regions, SHMÚ informed on its website.

“The high temperature poses a potential risk for people’s health, physical activities and fires,” meteorologists warned, as quoted by the TASR newswire.

The current temperatures are unusual for this time of the year, and some people may face an unexpected burden on their bodies. It is important to drink enough water and avoid the sun around noon and in the early afternoon, they added.

Bratislava prepares to heat up

Responding to the heat, several cities across the country took precautions to protect their residents.

In Bratislava, for example, there will be tanks with drinkable water situated at the Main Square (from 11:00 to 17:00) and on Poštová Street (from 10:00 to 16:00). People will also be able to use 10 drinking fountains in the city, situated on Hviezdoslavovo Square, Main Square, Župné Square and SNP Square, as well as Panská Street and in the summer reading room U Červeného Raka, TASR reported.

People will also be able to cool down near 40 running fountains across Bratislava, and use the water mist sprayers that are situated on Hviezdoslavovo Square, Main Square, SNP Square and in the Medical Garden. Another sprayer is expected to be installed on Freedom Square later in August, TASR wrote.

In addition, several swimming pools in Bratislava plan to prolong their opening hours up until 20:00 until August 10. This concerns particularly the swimming pools Delfín, Tehelné Pole, and Rosnička, as well as the facilities in Lamač, Rača and Krasňany boroughs, TASR reported.