The replica is modeled after trains that transported the Czechoslovak Legion across Russia during the First World War. 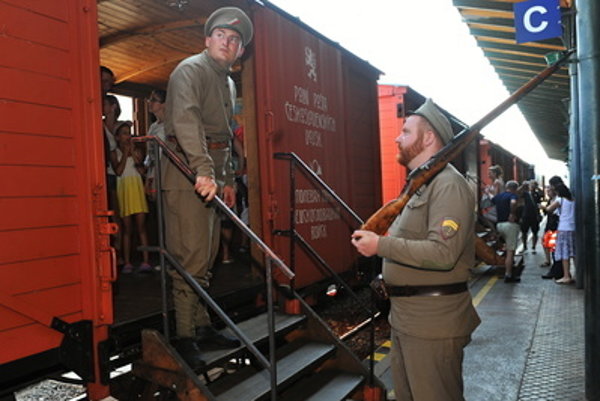 The Legiontrain (Legiovlak in Czech and Slovak) brought the legionnaires of then-Czechoslovakia across Russia via the Trans-Siberian Railway. A year before the celebration of the 100th anniversary of end of World War I and the establishment of a common state of Czechs and Slovaks, the train's replica evokes the times of joint fights. It will visit nine Slovak cities and towns over the next two months, beginning in Žilina on August 2.

“I'm convinced that the history of our own nation should be honoured,“ Slovak Defence Minister Peter Gajdoš said when presenting the Legiontrain in Žilina, as quoted by the TASR newswire. “This is part of the way that we want to raise awareness among citizens of the Slovak Republic about the history of the First World War. Next year, we will celebrate the 100th anniversary of the establishment of the independent Czechoslovak Republic... And at this point I'd also like to highlight the role of Milan Rastislav Štefánik, which is indelible and connected with the history of the Czechoslovak state and the Legiontrain,” he said.

The train is a project of the Czechoslovak Legionnaires' Alliance. According to its chairman Pavel Budinský, the association is a connection between the past, present and future. “It wants to be a bearer of [Czechoslovakia's first president Tomáš Garrigue] Masaryk's and Štefánik's ideas about democracy and the freedom of one nation, then the Czechoslovak nation, and now the two fraternal nations of Czechs and Slovaks," Budinský said.

The Czechoslovak Legion was made up of volunteers who fought on the side of the Entente powers in a bid to gain independence for the Czech and Slovak nations from the Austro-Hungarian Empire. The soldiers on the Eastern Front became stranded following the outbreak of the Russian Revolution and were forced to head east to Vladivostok in order to leave the country, TASR wrote as part of the historical background.

The Czecholsovak legions were founded in 1914 and rode across Russia until 1920, said Jiří Charfreitag, secretary of the Legions 100 and leader of the train. “The last legionnaires returned in 1921. Thus, it is necessary to remind everyone that this journey was not just about WWI but also about the later journey: the path of Czechs and Slovaks towards their common state. We are glad that as young legionnaires, we can commemorate his legacy.“

State Secretary of the Transport Ministry Peter Ďurček stressed the positive role of this project for tourism in addition to the project's historical context. "I hope we will manage to attract as many people as possible to the train,“ the state secretary noted. "The train rides across the whole of Slovakia, and it will spend almost two months in nine cities... So I hope the event will be just as successful here as it usually is in the Czech Republic.“ 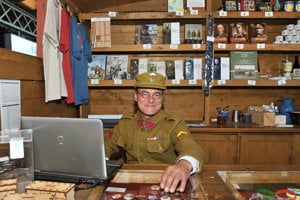 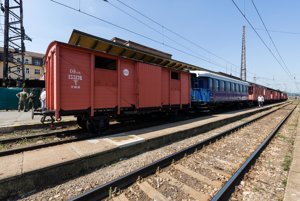 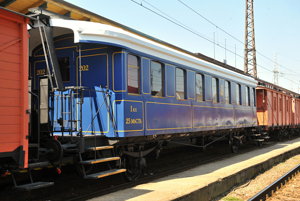 Legiontrain will tour Slovakia for two months in 2917 (8 photos)

Legiontrain forms part of the Legion 100 project, which in 2014 marked the 100th anniversary of the beginning of the Czechoslovak Legion's struggle for an independent state.

The train has 13 carriages, including specialised ones specific to the postal, insulated, the shop, sleeping, film, workshop, tailoring, medical, staff, the commander, the armoured and two platform carriages. It will remain in Žilina until Sunday, August 6, and will then continue to Dolný Kubín (August 7-9), Poprad (August 11-13), Medzilaborce (August 15-16) and Humenné (August 18-20). The train will visit Košice (August 22-September 3), Zvolen in central Slovakia (September 5-10) and Nitra in western Slovakia (September 12-17) before ending at the Museum of Transport in Bratislava (September 19-28).