Twinning agreements between Slovak and Belgian cities enable residents to keep in touch with the culture and life in both countries. 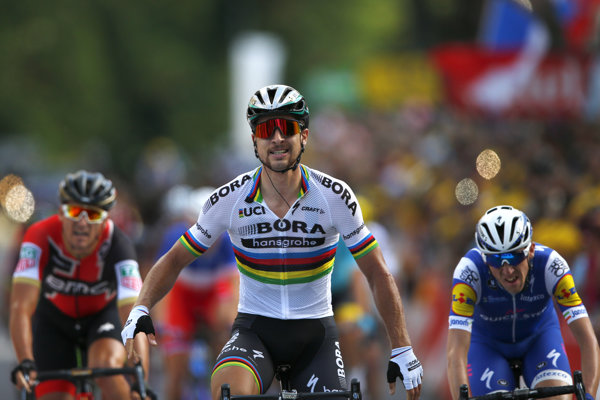 Culture is the main sphere of cooperation between the cities of Slovakia and Belgium that have signed twinning agreements. Though some started on an official basis, others have developed into more personal friendships over the years, the representatives of the municipalities addressed by The Slovak Spectator agree.

“Today the exchanges have a family character,” Miroslav Kollár, mayor of Hlohovec, whose town is a sister city of De Panne in Belgium, told The Slovak Spectator.

Sagan is popular in Essen

The twinning of the cities of Essen and Žilina was an initiative of two friends: Marcel Mous and Zlatoň Bábik. The latter is the founder and conductor of the children’s choir Odborárik based in Žilina, which used to attend the European Music Festival for Youth in Neerpelt, Belgium.

“During the festival the choir stayed in the hospitable Essen,” Frans Schrauwen, portfolio councillor for international relations in Essen, told The Slovak Spectator.

The official twinning agreement was signed in 2002. The cooperation has mostly a cultural character. While Essen has hosted the performances of folklore ensembles, brass music, as well as the exhibitions of Žilina-based artists, Žilina has welcomed various Belgian bands, ensembles, and choirs. Moreover, the motorcycle club OWLS have given performances in Žilina.

Essen also has good contacts with the Slovak Embassy in Brussels, Schrauwen said.

Moreover, the inhabitants of the Belgian city are fans of two-time world champion in road cycling Peter Sagan, who was born in Žilina. He and his brother will attend the Binckbank-Tour, which starts in Essen, in mid-August 2017, said Žilina’s spokesperson Pavol Čorba.

The cooperation between Hlohovec and De Panne goes back even further.

Thirty-six years ago, the Belgians were looking for Czechs or Slovaks who would mutually commemorate the Czechoslovak soldiers who died in north-western Belgium during World War I. The town’s representatives decided to accept the invitation in 1981, which was followed by the delegation’s first visit to De Panne, Kollár explained.

“The partnership of our towns is a reflection of history and the participation of our citizens in fights to liberate Europe,” he added.

Before 1989, the activities were organised mostly by the municipal authority in Hlohovec and local companies. The delegations were composed of representatives of organisations, schools and firms. Since the very beginning children have spent time on exchange in both countries. While the Slovaks went to the sea, the Belgians learned to ski in resorts across Slovakia. In addition, various folklore ensembles, choirs and brass bands have travelled to Belgium.

When exchanges were not organised by companies, the Belgium delegations were accommodated by families.

“The reciprocal principle has been kept to today, but the partnership is now based on friendship and is less official,” Kollár explained, adding that the town still supports it.

In Hlohovec, a civic association was established last year to coordinate the cooperation.

“We have been trying to motivate younger generations to participate in the cooperation since 2015, as the original participants are 36 years older,” Kollár said.

Both in Hlohovec and De Panne groups of people younger than 25 years old have formed, who also have a special programme attractive for their age category. In Slovakia, for example, they visit not only Hlohovec and its surroundings, but also the rest of the country.

“But the best is the stay with families where friendships for life are formed,” Kollár said.