One of the new elements was the international dancing and singing competition K-Pop World Festival. 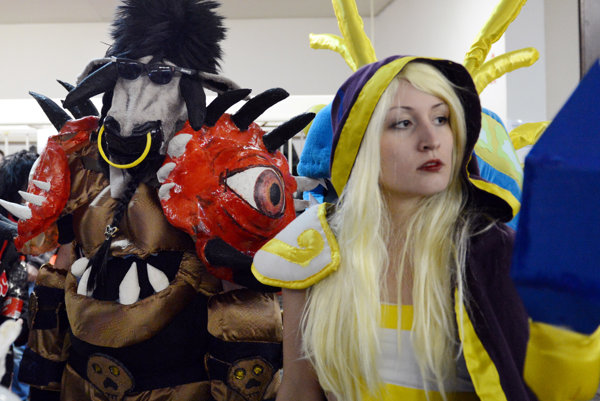 At the same time, the ninth year of the international exhibition of computer, card and desk games, Game Expo, took place.

“We offered several novelties this year,” said Róbert Žittňan, the main organiser of the festival, as quoted by the TASR newswire.

Since it was already the 10th year, they decided to add more lectures and competitions at the festival, he added.

The AnimeShow programme was divided into sections: Anime, Japan, Sci-fi & Fantasy, Pop-culture and Korea. One of the new elements was the international dancing and singing competition K-Pop World Festival.

The festival also had a competition for the best hero costume from films, games and anime Cosplay, as well as the competition Original Costume for those who create their own fantasy costumes.

As for the Game Expo 2017 festival, not only various games were presented, but also lectures, presentations, exhibitions and artwork were on offer. Guests were invited to try the interactive game Digital Playground which was presented in Slovakia for the very first time.

“It’s an extended reality in a space where the player gets actively involved in the game by influencing the environment, for example, by throwing a ball at a figure displayed on the wall,” Vladimír Neštiak from game website Sector.sk explained, as quoted by TASR.

The aim of both festivals is to educate visitors, introduce pop-culture to them and offer them a creative alternative to spend their free time. The festivals are organised by the civic association Anime Crew in cooperation with Japanese Embassy to Slovakia and Sector.sk.