The case will be addressed by the general prosecutor and a parliament committee. 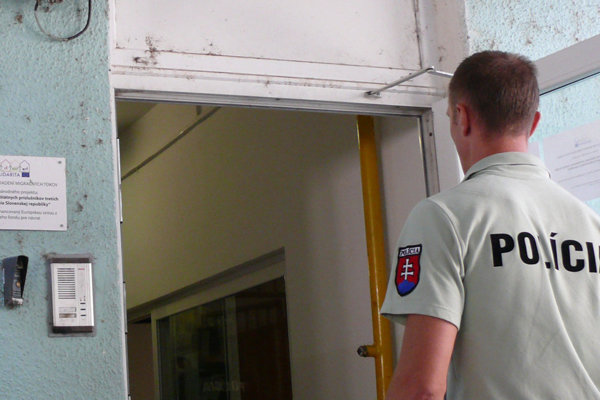 Czech Blažej Svoboda left an interrogation at a police station with bruises and ruptured eardrums, he told the Denník N daily.

He came to talk to police in Senec on his own but left frightened and with a broken mobile phone after seven hours.

The investigator did not like his statement regarding a friend who left her husband with three kids, according to Svoboda, and an investigation was started in her case.

The interrogation turned violent after Svoboda refused to speak about the private lives of people in the believers’ associations that he and his friend attended.

During that time, an investigator kicked and beat him with a stick, in addition to verbally assaulting him. Svoboda ended up in the hospital and was unable to work for nine days.

The Defence and Security Committee of Parliament is going to deal with Svoboda’s case at the end of August, the SaS (Freedom and Solidarity) party informed the SITA newswire.

“We call on the Police President Tibor Gašpar and Interior Minister Robert Kaliňák to report about the case,” said Ľubomír Galko, a member of the committee and vice-chairman of SaS, as quoted by SITA.

He added that the best thing would be if the committee would name a different police president as well as interior minister.

“In Slovak police are, unfortunately, also people that incline toward violence and brutality,” said Galko, as quoted by SITA. “So it’s enough to have a right atmosphere, and the behaviour of policemen are controlled by low instincts that are even contrary to the law and their mission ‘to help and to protect’.”

The bad atmosphere in the police department is the responsibility of Interior Minister Robert Kaliňák, his subordinate Police President Tibor Gašpar and PM Robert Fico, according to SaS.

“Police arrogance is a result of arrogance of power,” Galko told SITA, adding that if policemen blindly serve Kaliňák, Gašpar and Fico, they could slap witnesses until their eardrums rupture, kick a girl or pull out a gun thoughtlessly and kill the innocent.

The general prosecutor will also deal with Svoboda’s case.