Lumiére cinema has record visitor rate in first half of 2017

The Bratislava-based Lumiére cinema had a record number of visitors in the first half of this year, with Slovak movies also being popular with audiences. 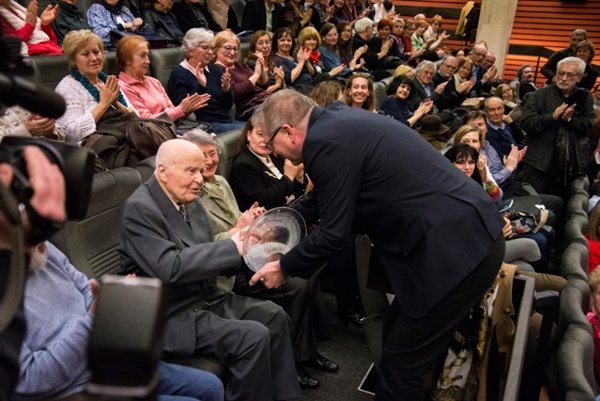 Almost 55,000 visitors bought a ticket in this period, the most sold since the venue was re-opened in 2011. “We know we are halfway through a total reconstruction but already the cinema is very comfortable for viewers,” CEO of the Slovak Film Institute (SFÚ) Peter Dubecký told the TASR newswire, adding that he was very optimistic about the future, and that he foresees one million for Slovak cinemtography in total and 100,000 visitors for Lumiére specifically, in 2017. The most visited movies in the first six months were European films – watched by almost 23,000 people, while almost 17,000 people came to see Slovak films – 31 percent of the total visitor numbers.

Number one for the visitors was Jim Jarmusch's movie Paterson, followed by Masaryk – a Czech-Slovak co-production from director Julius Ševčík and No 3 was T2 Trainspotting by Danny Boyle. Among the Top 10 most viewed movies were four Slovak and coproduction works: Masaryk, Little Harbour by Iveta Grófová, Ice Mother by Bohdan Sláma and Abduction by Mariana Čengel-Solčanská.

Also popular were film festivals – Febiofest – summarising film displays (Week of Slovak Film) and screenings of international cinematography, e.g. the French Créme de la créme, the Scandinavian Scandi and the Israeli KolNoa, as well as the Festival of Iranian Films.

Rather than focusing on high visitor numbers and bringing the latest premieres, Lumiére tries to offer a varied selection of Slovak, European and global movies, while also bringing the opportunity to enjoy high-quality older pieces, according to Dubecký.

The four-screen cinema also offers Slovak movies, more specifically those which have been represented abroad, with English subtitles, marked as AT in the programme bulletin.