The majority of ice cream is imported from the Czech Republic. 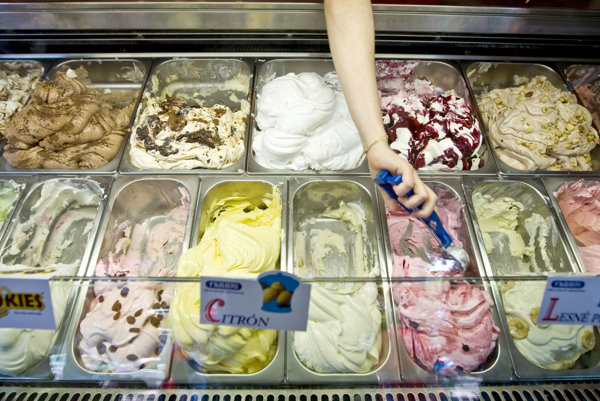 Slovakia does not produce much ice cream, more often importing it from abroad, an analysis based on data from Eurostat shows. While Slovakia has never belonged among the top ice cream producers, in 2009 part of the country's consumption was covered by home production.

“Slovak factories produced about 1.5 litres of ice cream per inhabitant per year at that time,” according to Ľubomír Koršňák, an analyst with UniCredit Bank Czech Republic and Slovakia, as quoted by the TASR newswire. He says it is now around 30 millilitres.

According to a survey conducted in the selected countries by the European Ice Cream Production Association, the average European consumes around seven litres of ice cream per year. In Slovakia, this is only about three litres.

Concerning ice cream consumption in Europe, various surveys and statistics have shown that Scandinavian countries top the charts, with consumption exceeding 10 litres per person per year.

In the world ranking, New Zealand, Australia and the US have the largest ice cream consumption.