After decades, the famous folklore ensemble performed under the ski jumps at the Štrbské Pleso resort in the High Tatras. 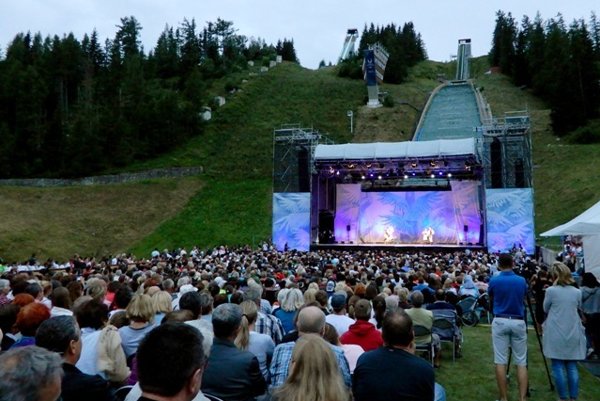 About 6,000 visitors came to watch their performance on August 3, the Sme daily wrote a day later.

The main part of the evening started after 20:00 and the atmosphere of the High Tatras helped create a unique experience. The echo from the surrounding mountains helped conjure the spirit of older times when the women sang while making straw. 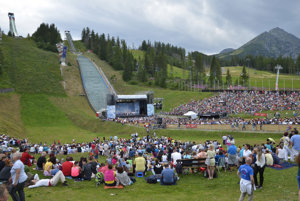 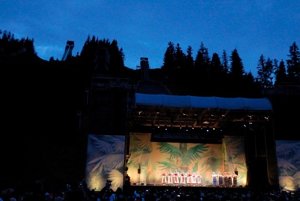 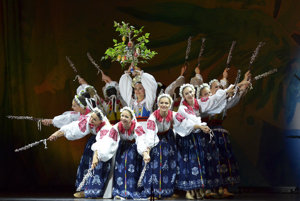 The programme was composed of choreographies by the recently deceased dancer, choreographer and long-time head of Lúčnica, Professor Štefan Nosáľ. It had been in preparation for one entire year, Sme wrote, adding that both the folklorists and visitors symbolically travelled across all Slovakia, from Zemplín in the east, through Detva in central Slovakia, all the way to Myjava in the very west. 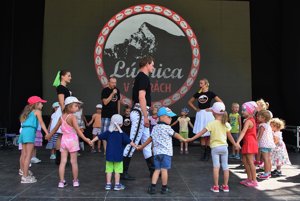 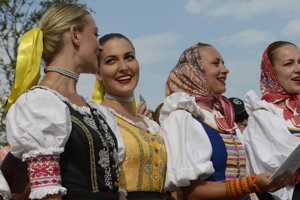 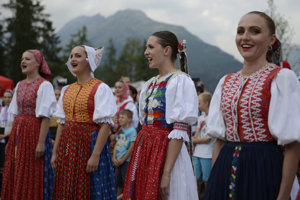 Lúčnica members presented their 50-member dance troupe, as well as singers and a big orchestra. They received an enthusiastic response, including repeated standing ovations.

“Professor Nosáľ will continue to be here with us, as I think his work will survive centuries,” the general manager of Lúčnica, Marián Turner, said for Sme. “I familiarly call him ‘the Mozart of our times’, and as the former has been played for 250 years already, why would Professor Nosáľ’s work not be played just as long?” Turner believes that this event has launched new traditions that may combine two fine symbols – the Tatra Mountains, which appear in many songs, poems and even the national anthem – and a symbol of national culture successful not just in Slovakia but also abroad: Lúčnica. He added hopes for Lúčnica to return to the Tatras sooner than in 30 years – as was the case now – and perform there regularly. 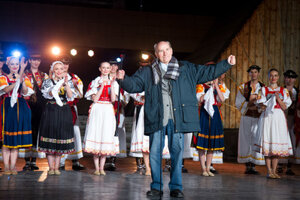 Apart from the main concert, Lúčnica members spent almost the entire week in the Tatras, including a climb to the Kriváň Peak, a joint performance with local folklore troupes, a dance course for children, and more.