The UN is calling for more efficiency, says MFA Lajčák

Miroslav Lajčák will assume the post of UN General Assembly President on September 12.

United Nations Secretary-General Antonio Guterres will submit three proposals for reform during the year that Slovakia is to head the UN General Assembly. One proposal concerns reform of the peacekeeping operations, the second concerns reform of the development system and the third is a reform of management to speed up several processes and give the organisation‘s Secretary General more room for decision-making, the Minister of Foreign Affairs and European Affairs of the Slovak Republic, Miroslav Lajčák said on August 7.

The minister also said that there is high demand to make the processes at the UN more efficient and dynamic. At the same time, a revitalisation of the UN General Assembly is underway to reform certain functions.

“There exist strong voices calling for the UN General Assembly to have a stronger position, because there are 193 members and they are all equal,” said Lajčák. “Of course, there is still a topic of reform of the Security Council.” 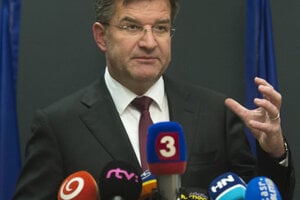 Lajčák will assume the post of UN General Assembly President on September 12 for a one-year term. Reforms in the UN are being discussed in the long run. Lajčák too has previously said that the UN Security Council no longer reflects the reality of today’s world, as neither Africa nor Latin America are represented among its permanent members.