The case concerns the dispute with the American shell company Adams & Co.

The Supreme Court has unblocked the plots under the U.S. Steel Košice plant after scrapping the right of lien on its premises issued in March in favour of an American shell company, Adams & Co.

“The decision on the matter was issued on July 11, turning down the ruling of the Košice Regional Court,” said Supreme Court’s spokesperson Boris Urbančík, as quoted by the Sme daily. 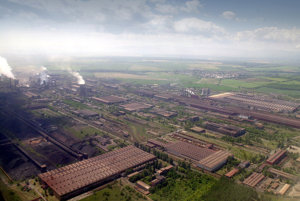 The dispute with Adams & Co. dates back to 1999, with the shell company demanding €16 million from the steelworks. The total value of the dispute with interests exceeds €50 million, according to Sme.

The right of lien in relation to two thirds of the land owned by U.S. Steel Košice is still marked in the real estate cadastre, but it is possible it will be removed in the following days. The cadastre office received a proposal to implement the changes, but the public statement does not state whether it concerns the eradication of the regional court’s decision, Sme wrote.

U.S. Steel Košice is not commenting on the case, with its spokesperson Ján Bača explaining that the court proceedings are still underway.

It is still not clear why the Supreme Court decided to turn down the right of lien, since the explanation will be published later. Several lawyers addressed by Sme, however, doubted the regional court’s ruling in the past.

One of the claims also was that the value of the plots in question was much higher than the sum claimed by Adams & Co.