The Prešov man who forgot the backpack was a long-time manager of state railways. 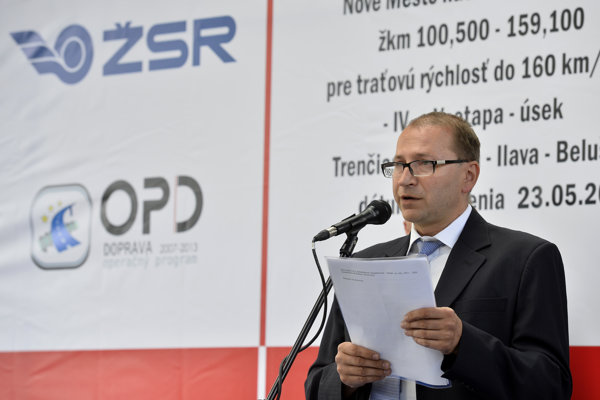 In the curious case of €300,000 found in a backpack by a fuel station assistant in Tatranská Štrba last week, the man who forgot the pack has been identified as the former CEO of Železnice Slovenskej Republiky (Slovak Republic Railways, ŽSR), Štefan Hlinka, the Sme daily wrote on August 8 citing the TV Markíza.

Hlinka, who was recorded during police action at the petrol station, was initially not named, but his initials and former position were revealed. The Trage Registry implies the person is 52-year-old Štefan Hlinka.

The man told police he found the money in the house of his late mother. TV Markíza later tried to contact Hlinka but failed. Journalists wanted to know whether he would pay the finder’s reward to the man who saved his backpack – the 10 percent, or €30,000 he is entitled to by law.

Police have not yet confirmed the identity of the backpack owner, saying that the case is still under investigation. The cash has been transferred to the State Treasury, Regional Presidium of the Police Corps in Prešov, spokesperson Jana Migaľová told Sme. This means Hlinka will not receive the money for now.

Police are also investigating where the money came from, Migaľová said.

Hlinka has been employed by ŽSR since 2002, working before in the paper mill in Ružomberok.

He first became CEO of the state railway company in 2008. He left the post after 2010 parliamentary election when the Iveta Radičová cabinet came to power but re-gained the position after Smer again came to power in 2012. He left the role in 2014.

Under his leadership, ŽSR was involved in at least one dubious tender. Hlinka is currently a member of the board of Železničná spoločnosť Cargo Slovakia railway company, which is a state railway carrier with annual turnover of €265 million.

The young finder, identified only as Jaro, aged 17, holding a temporary job at the D1 highway fuel station near Štrba in High Tatras, found the backpack on July 29. The workers first tried to find the owner of the backpack. They later found the large amount of banknotes in the backpack and a wallet containing €600. The finder is obliged to return any money or property worth more than €266 to the owner but is entitled to a 10 percent reward, the Korzár daily wrote.