Ján Ďurov will be punished for kicking the owner of the downtown Nitra bar in the head and breaking his leg. 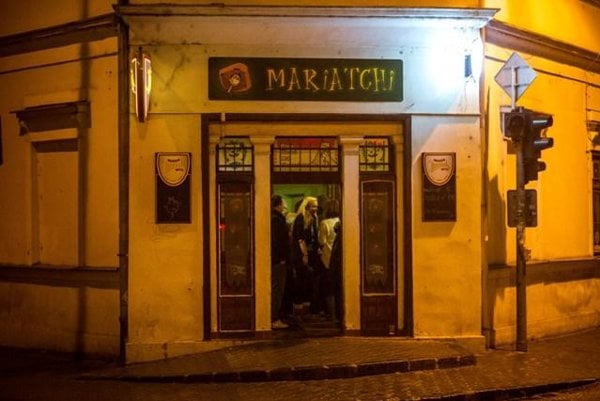 A man who kicked the owner of the Nitra-based Mariatchi bar will go to prison. The Nitra Regional Court confirmed the sentence for Ján Ďurov, whom the lower court sent to prison for 6.5 years, the Sme daily reported.

The incident took place in 2013, when the Mariatchi bar hosted a private New Year’s Eve party. After somebody had broken the glass on the door, the bar’s owner, Radovan Richtárik, went outside and took a picture of the group that was passing by. He was punched, fell to the floor and was subsequently kicked in the head. A member of the group also jumped on his leg, causing him to need surgery to repair it, Sme reported.

Originally, four men were described as the attackers, but prosecution halted for two. František Beláň confessed to punching Richtárik in the face and was last year sentenced for disorderly conduct with a one-year conditional sentence (house arrest). 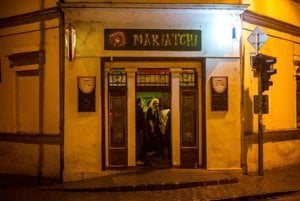 Read also: Verdict reached on attacker in the case of the neo-Nazi attack on the Mariatchi bar Read more

Ďurov at first signed a plea bargain with the prosecutor, confessing to kicking the bar’s owner in the head and jumping on his leg. He later changed course, however, and rejected the bargain, insisting that he only kicked Richtárik in the head and did not break his leg, Sme wrote.

The kicks to the head and upper part of the body were captured by a city video camera, which only recorded the end of the incident.

“The only thing I can say is that I feel guilty for what I did,” Ďurov said after the hearing, as quoted by Sme.

If Richtárik's leg had not been broken, Ďurov would be sentenced only for disorderly conduct and could have received a conditional sentence. He will now serve his sentence in a minimum security prison. He also has to pay Richtárik €3,955.20 in compensation and must also pay €1,077.30 to the social insurer Sociálna Poisťovňa and €2,254.30 to the health insurer.

This proceeding is not the only one concerning attacks of neo-Nazis on the Mariatchi bar. In October 2013 a group of men with bald heads visiting the Walhala club, where several sources say neo-Nazis were meeting, attacked Mariatchi’s visitors, kicking them in the head. The incident was also captured by a city camera, and five men were later accused of disorderly conduct and causing bodily harm.