Check out the gallery. 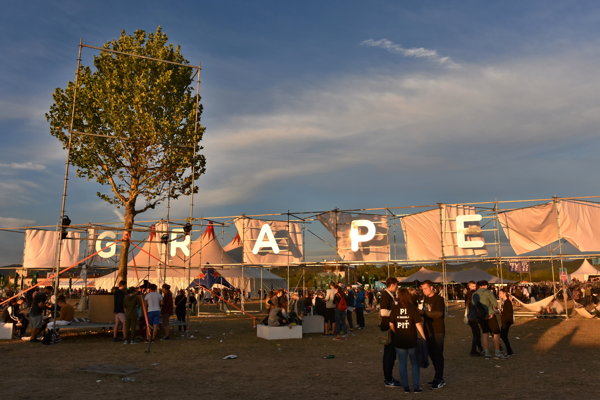 The storm on August 11 made organisers suspend a concert but not scrap the festival.

Visitors were not dissuaded, either, and the programme continued until the wee hours of Saturday, head of the Grape Festival, Ján Trstenský, told the TASR newswire.

The performers on that night included Metronomy from Great Britain and their compatriot Tom Odell. His concert was disrupted by the storm after 22:00 but the programme continued, and the Australian band The Temper Trap played as originally planned on the main stage.

On the other stages, the programme was slightly delayed – about 20 minutes – but all performers played their complete gigs. The Slovak performers included the rapper Supa, the Genius Loci and Korben Dallas bands, and the duo Kinsfolks, or Puding Pani Elvisovej. 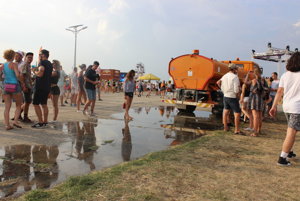 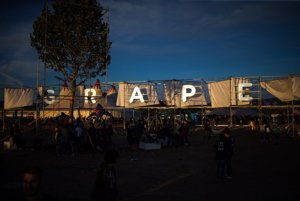 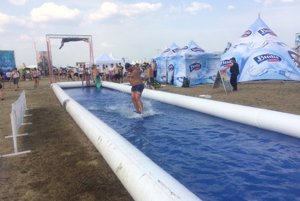 The next day, the weather was more stable – although it rained on Saturday night – and the headliners included The Naked and Famous from New Zealand, the British band Two Doors Cinema Club, the Czech band Vladimír 518, and Slovak groups like Medial Banana and Čisté tvary, the Sme daily wrote.

US singer Zola Jesus gave a great show. To Sme, she admitted having Ukrainian and Slovenian roots – which can be seen in the titles of her new album – Okovi, or its first song, Doma. However, Grape was her first performance in Slovakia; and she would like to return and explore the cities, towns and mostly forests more, since she likes them very much generally, and she has preferred life on the edge of a forest to urban life.