Inflation should remain around 1.5 percent for rest of year. 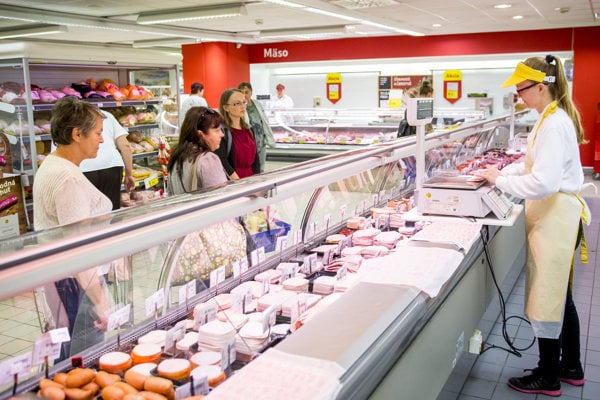 The annual inflation accelerated to a four-year high in July, which is the fastest growth since July 2013. The year-on-year inflation in Slovakia amounted to 1.4 percent in July, with consumer prices posting a monthly growth rate of 0.1 percent, the Statistics Office reported on Monday

The acceleration is in line with the expectations of Ľubomír Koršňák, an analyst with UniCredit Bank Czech Republic and Slovakia.

“A reduction in base effect was chiefly behind the July acceleration, i.e. the effect of last July’s cut in regulated gas prices, as well as continuing growth in food prices and acceleration in demand inflation supported by growing domestic consumption and a strong labour market,” Koršňák wrote in his memo.

Food prices significantly contributed to the acceleration in year-on-year inflation in July. Despite a traditional drop in prices of seasonal foods (fruits, vegetables), food prices posted a monthly increase of 0.1 percent in July. Oils and fats, milk and milk products, cheese and eggs reported the highest growth among food commodities in July.

“Prices of farm commodities indicate that strong y-o-y growth in prices should persist in the next few months,” wrote Koršňák.

Growing domestic consumption was also one of the factors behind the acceleration in inflation. Contrary to previous years, the secondary effects of lower energy prices are no longer hampering upward pressure on prices stemming from stronger consumption.

“Inflation in Slovakia will only approach the European Central Bank’s inflation target of below 2 percent slowly and will probably fail to reach it this year,” wrote Koršňák. “Inflation should remain around 1.5 percent or closely above this level during the remaining months of this year.”