Meanwhile the Government Office claims there is no need to organise a meeting. 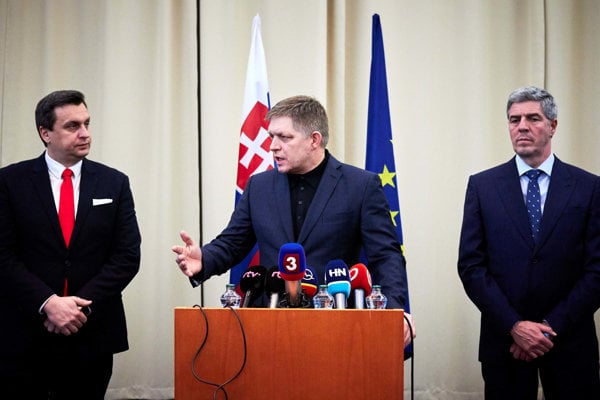 Chair of the Slovak National Party (SNS) Andrej Danko will not attend the planned meeting of the coalition council scheduled for August 15. He announced it to his coalition partners via a text message already on the evening of August 14, the SITA newswire reported.

The decision came after several critical statements by Smer’s representatives towards SNS, particularly those of Deputy PM for Investments and Informatisation Peter Pellegrini, Labour Minister Ján Richter and Deputy Speaker of Parliament Martin Glváč. The nationalists now want them to cool down and propose meeting next week.

They also claimed there will be no problems during the government’s session scheduled for August 16, SITA reported.

It is not the first time the coalition council’s meeting was cancelled. The representatives of SNS, Smer and Most-Híd were originally expected to meet on August 11, but it had to be cancelled due to Prime Minister Robert Fico’s health problems.

While the members of the Most-Híd and Smer coalition parties, addressed by the Sme daily, do not consider it a problem and do not see it as revenge for last week’s cancellation of the coalition council, the opposition Freedom and Solidarity (SaS) party is rather critical of the SNS chair’s behaviour. It considers it irresponsible towards Slovakia’s citizens.

“Following his own incompetence in addressing the scandal over distribution of EU money on science and research by dismissing Education Minister Peter Plavčan from his post, Andrej Danko caused a coalition crisis and is now dragging the whole country into political instability,” reads the party’s statement provided to SITA. “This negative trend is even intensified by his cowardliness to face the problem.” 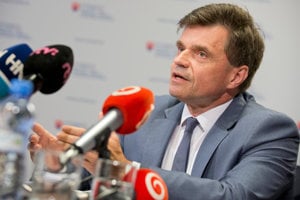 SaS also reiterated that the only solution to the current state is early election.

No need for a coalition council meeting

The Government Office meanwhile issued a statement claiming that the coalition does not need to meet.

“Taking the results of yesterday’s and today’s consultations into consideration, it is not necessary to hold the planned coalition council,” reads the official statement.

The leaders of the governing parties agreed on the course and programme of the August 16 governmental session, the Government Office added. They also agreed on a schedule for preparing the amendment to the coalition agreement, with a special emphasis on the further priorities of the programme statement.

“Regarding the upcoming regional elections, they showed an interest in creating consulting mechanisms also at lower political levels,” the statement reads.

The coalition leaders also expressed concern on several media reports, which according to the statement are publishing an increasing number of untrue and half-true information with the aim of creating tensions in society and attacking the government’s stability.