When did the Slovak research disappear? 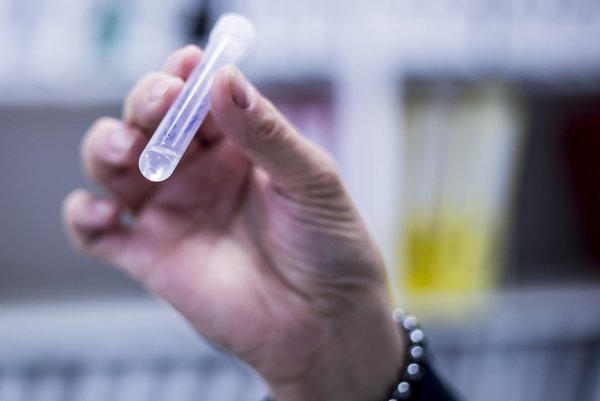 During the totalitarian era pre-1989, Czechoslovakia belonged among the most developed R&D centres of the communist bloc, with a focus on the armament industry. Especially just before the fall of the regime, support for innovation slightly increased due to the existence of specialised research institutes.

After the formation of independent Slovakia in 1993, various governments gradually sent innovative activities into a decline. Later efforts to restore them have encountered budget constraints and differing priorities.

This ignoring of R&D has led to the country’s low level of innovation. In the EU innovation assessment for 2016 the European Commission (EC) again put Slovakia into the third, so-called moderate innovators group, out of a total of four groups.

“The placement is based on the historical development in the field of promotion of science, research and innovation,” Artur Bobovnický, director of the innovation and international cooperation department of the Slovak Innovation and Energy Agency (SIEA), told The Slovak Spectator.

A learning system that is still in search of a way to teach the young generation to think in innovative and creative ways also plays a part, Bobovnický added.

The EC has assessed innovation performance, knowledge creation, private innovation and new products and services of the EU member states through the European Innovation Scoreboard (EIS) every year since 2001. Based on the latest study, Slovakia placed 21st out of 28 EU countries, dropping by one place compared to 2015.

Though several results of partial indicators have improved, including the share of PhD graduates, innovation experts do not consider the recent poor ranking a great surprise. Slovakia has long been placed in the bottom half of the ranking, Adela Zábražná from the Slovak Alliance for the Internet Economy (SAPIE) said.

Among the Visegrad Group (V4) countries, only the Czech Republic got a better score than Slovakia. Hungary and Poland both placed worse, said Education Ministry spokesperson Ivana Skokanová.

“In general, innovation economies are moving closer, although there are still large differences between countries,” Skokanová told The Slovak Spectator.

To become more innovative, countries have to raise financial support for R&D. As the Europe 2020 growth strategy states, overall the EU countries should ensure support at a level of 3 percent of GDP by 2020.

To reach the main target, member states had to set their individual targets. In 2013, Slovakia increased its previous target of 1 percent to 1.2 percent via the smart specialisation strategy RIS3. The document also specified that two thirds of the resources must come from private resources and only one third from public ones.

In 2015, the country moved closer to the target with 1.18 percent of GDP, which was the biggest jump in recent years. “The result is, however, rather an anomaly due to the drawdown of euro funds,” Zábražná said.

One of the country’s problems is significant lagging behind the EU majority regarding private R&D spending. The share of innovating SMEs in the economic indicators in the EIS show the worst results by Slovakia.

Based on the Eurostat data, every third Slovak entrepreneur was innovative in 2014, while in the EU it was almost every second. The total number of Slovak innovators rose from 173 in 2014 to 241 in 2015, the Education Ministry’s statistics show.

Another assessment, the Global Innovation Index, points to shortcomings in education, informatisation and e-government services. Other market problems include weak technological transfer and use of venture capital, proximity to foreign countries and a low number of patents.

In addition, Slovakia has long belonged to the group of producers without much added value. The share of value added by the Slovak business sector to GDP grew from 44.1 percent in 2007, to only 46.8 percent in 2016, according to the Slovak Statistics Office.

“If we want to avoid a frightening ‘Detroit scenario’, we need to encourage private innovation through improvements in the labour market, innovation infrastructure and investment environment,” Zábražná said. Detroit as a city heavily dependent on car production, similarly to Slovakia, went through a strong recession resulting in its bankruptcy in 2013.

Lucia Veselská, CEO adviser at the Slovak Business Agency (SBA), sees lack of entrepreneurs’ interest in low demand for innovation, scarcity of good ideas and low competition on the market.

State institutions do provide several support measures for innovation, including government programmes, subsidies and incentives, the Slovak Research and Development Agency (APVV) projects and international programmes. To obtain the support, entrepreneurs have to receive a certificate of funding effectiveness assessment.

In 2010 there were 99 such certified companies in Slovakia while in 2017 the number jumped to 229, Skokanová said.

There is also a new bilateral grant scheme between Slovakia and Israel, said Bobovnický. The Office of the Deputy Prime Minister for Investments and Informatisation pointed to the so-called super-deduction of R&D expenditure of 25 percent which should increase to 100 percent by 2018.

In terms of SMEs, SBA manages the National Business Centre and the initiative Startup Sharks to support innovative ideas. Zábražná pointed to 18 measures in the Concept of Promoting Startups and Developing a Startup Ecosystem in the Slovak Republic, valid since June 2015.

The government also plans to change the Slovak Academy of Sciences and its departments into independent research institutions to gather additional funds from grants and business activities.

From the EU schemes, Slovak entities can draw funds through the Operational Programme Research and Innovations (OP VaI) with a total value of €2.2 billion. More than three quarters of resources strengthen R&D, the rest supports the competitiveness of SMEs, according to the Economy Ministry.

An important part of the project includes workshops for high school and university students who have the opportunity to try out an innovative process on examples from everyday life, he added.