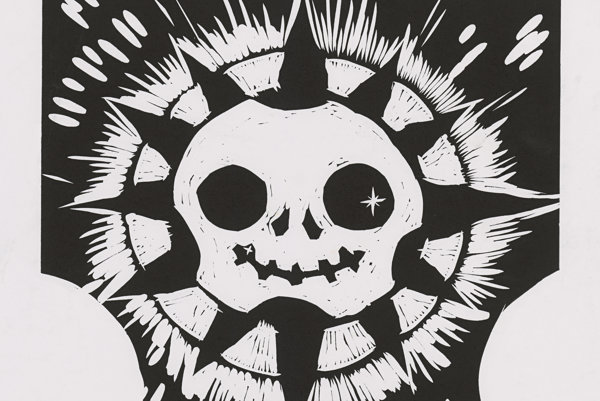 Apart from trying to express their affinity for a visually rougher style, engraving and scraping (technical and thematic), the title also cites the hard-boiled literary style and the selection of motifs and subjects. Moreover, the leitmotif and the title developed gradually during the preparatory work, rather than being set from the very start, head the Slovak National Gallery and the exhibition co-curator (with Lucia Gavulová), Alexandra Kusá, said.

“The six artists, in their forties, are connected – apart from their age - by their rough style following the tradition of engraving and the etching,” she explained. These include Erik Binder, Jan Čumlivski, Emil Drličiak, Palo Čejka, Juraj Horváth and Tomáš Klepoch. “We know there are more artists who could fall under the definition of the Rough School but we wanted to present the most typical and outstanding representatives – avoiding those whose creations are similar so that it does not get dull and boring,” Kusá noted.

Graphic art is a classical genre with a long domestic tradition but the works on display are contrary to what is usually made with commercial purposes. The works and their artists are anti-pole to the established graphic “school” represented by Albín Brunovský and his successors and students.

The six contemporary artists are confronted, in a fine selection and also with their works put in the context of Slovak art history, with older graphic artists, from Albrecht Dürer, through Slovaks Ľudvít Fulla, Albín Brunovský, to Ernest Zmeták and Orest Dubay. Rather than being a homogenous or self-proclaimed group with a common agenda, style and/or technique, they represent six individuals who – when put together – can offer a broader view of one generation. 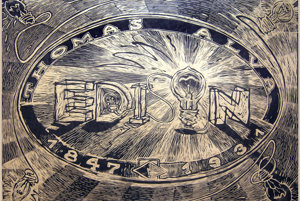 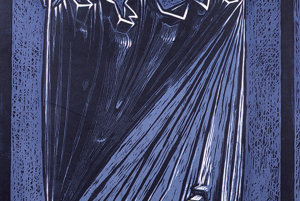 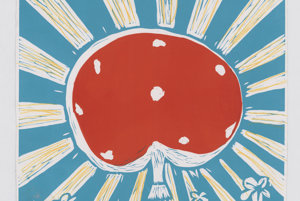 Their works have been either selected from ready outputs already on offer combined, however, in an innovative way, or made specifically for this exhibition. Also, each artist has got one room to show his creations, and these rooms also reflect their different work methods and personalities.

In some cases, they have collaborated before and the results are now on display within the Rough School.

Each artist is "rough" in their own way

Juraj Horváth, whose work is rather well-known in the Czech Republic where he lives and who is also a book illustrator, said about “his room” that brings an overview of his creations since 1990: “I defined myself and delineated against the avant-garde, using its language but focused on its predecessor, art deco, calling the style fun-deco,” Horváth said. “For me, each of the motifs exhibited here is something of playing cards that I play until today.”

He told The Slovak Spectator that, apart from practical views like availability of graphic works, he intentionally chose less-known things to display as part of the exhibition – as books circulate much more among people than artwork at exhibitions. Horváth added that he wanted to show, too, that he still makes non-utilitarian art in the solitude and freedom of his studio, and to present his long-term work rather than something quickly made and site-specific.

Erik Binder, whose room is designed as a messy studio and who made a site-specific installation for the SNG, said that beginning in September he would like to put up a kiosk there and give advice not just on art history but also on psychology. He added that he could manage to do so also in English “and maybe other languages, too, like Japanese, Chinese...” he laughed. Binder also said that “the first hour of consultancy would be for free but the rest paid”.

In the last room, called the Dark-room, the idea is to bring together the strongest, literally darkest and most impressive works of all the authors exhibited, “not just figuratively but literally huge and heavy” to give the visitors a good portion of the Rough School before they leave the gallery, Kusá summed up.

The exhibition on the third floor of the Esterházy Palace in Ľ. Štúra Square in downtown Bratislava lasts until October 29, being opened daily except Mondays from 10:00 to 18:00 (and on Thursdays between 12:00 and 20:00). Admission is free. There are leaflets on the exhibition in English, as well as labels and information panels. The catalogue of almost 500 pages is, unfortunately, only in Slovak but it mostly contains reproductions of the graphic works, anyway. Starting in September, there will be a Sunday Rest guided tour once a month on Sunday in English.