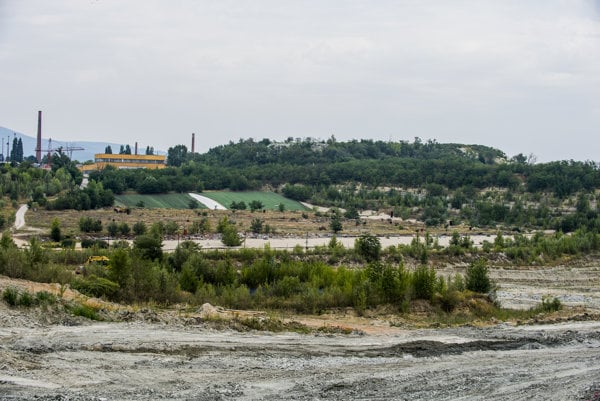 It looked as if the fight against the controversial landfill in Pezinok, a small town not far from Bratislava, might finally have had a happy ending for its inhabitants and activists. The construction permit was dismissed following the May 2013 ruling of the Supreme Court, and there was a ban on disposing waste at a site situated close to houses.

This, however, has changed recently since the Slovak Environmental Inspectorate (SIŽP) reopened the permission process after the investor Pezinské Tehelne Paneláreň completed the request to allow the landfill’s use.

“We oppose the permit for a new landfill for several serious legal reasons, and also because we don’t want to be exposed to further threats to our health and environment,” said Zuzana Čaputová, lawyer and member of The Landfill Does Not Belong in Town civic initiative, as quoted by the TASR newswire.

They have already prepared legal and factual arguments opposing the permit for the landfill. The initiative also asked the public to join the process and sign the statement, Čaputová told The Slovak Spectator.

The investor, however, claims that it has only followed the instructions from the inspectorate, and is now waiting for a new decision over the landfill.

SIŽP informed the town of Pezinok about reopening the procedure in late July. The decision, though, has been opposed by both the civic association and the town’s representatives.

Activists from The Landfill Does Not Belong in Town initiative consider it unacceptable that the permit process will be based on an environmental impact assessment decision that is already 18 years old, and thus passé. 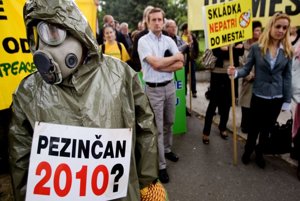 “We disagree with the construction of a new landfill as it is banned by Pezinok’s master plan,” said member of the initiative Jaroslav Pavlovič, as quoted by TASR.

Pezinok’s representatives are also critical of the current situation.

“I ask the respective authorities to take into consideration not only the people’s protests, but also the fact that the approval would negatively impact the environment and severely violate the master plans of Pezinok and the Bratislava Self-Governing Region,” said Pezinok Mayor Oliver Solga, as quoted by TASR.

Moreover, there is one more regional waste dump in Pezinok where millions of tonnes of waste are disposed, including dangerous ones. The dump is still open, Čaputová said.

Several protests against the landfill were organised in 2008. The town of Pezinok and the civic association even submitted a lawsuit against SIŽP’s decision. It was dismissed by the Bratislava Regional Court in December 2008.

The Supreme Court ruling from 2009 issued a preliminary injunction halting the operation of the landfill. Yet it did not ultimately stop the site’s owner from operating the facility. Following later proceedings, the Supreme Court finally decided to interrupt the proceeding and temporarily suspend the landfill permit.

The whole dispute also reached the European Parliament and the European Court of Justice. The latter ruled in January 2013 that the public must have access to an urban planning decision concerning the establishment of an installation having significant effects on the environment, and that the protection of trade secrets cannot be invoked as a reason for refusing such access.

Following the decision, both the Supreme Court and SIŽP scrapped the permit for the landfill’s construction.

SIŽP responded that the Supreme Court ruling only dismissed its previous decision and returned the entire case to the inspectors for reassessment, TASR wrote.

Meanwhile, Pezinské Tehelne Paneláreň’s representatives said they did not complete the request, but only modified it following the inspectorate’s call. They are not asking for a construction permit, but for a permit to operate the landfill.

“We also asked for an expert opinion assessing the locality and the landfill in terms of its placement on the natural clay sealing subsoil and the most suitable used technology,” reads the statement provided to public-service broadcaster RTVS.

The company also completed the monitoring of air and underground waters, which are carried out every year. They did not confirm the landfill as harmful to the environment, reads the statement. 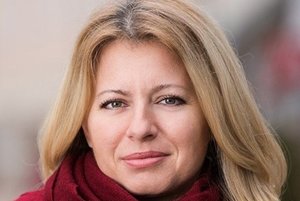 Thanks to the European Court of Justice’s ruling, the inhabitants of Pezinok can attend the permission process for the new landfill and comment about it until August 21. They can either do it on their own, or join the statement prepared by the civic initiative, TASR reported.

“I believe we have enough strong arguments to prevent the new landfill from being approved,” Čaputová said.

According to her, they will have to wait for the actions of the state bodies, adding that the previous fight was not equal as there was a certain political background.

“But we see the determination of the people as strong,” the lawyer continued. “We won the dispute once and I believe we also have a chance now.”