The sauna built in Šumiac by miller Michal Demo after returning from Russian captivity was the first one not just in Slovakia but in the entire former Czechoslovakia. Now it can be saved and re-used. 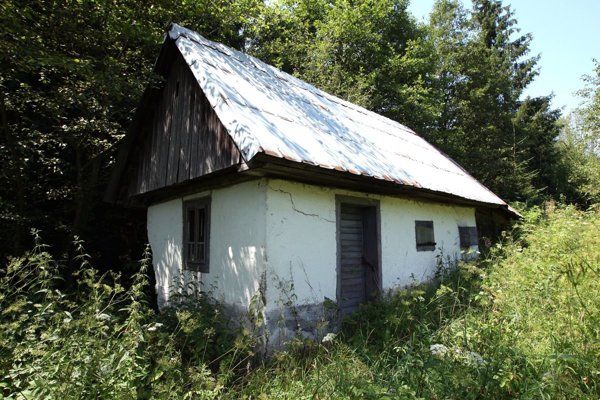 Šumiac, the village in Horehronie, or the Upper-Hron region, has another rarity apart from rich folklore traditions. Shortly after the end of World War I in 1919-1920, Michal Demo built the first sauna in Slovakia here – as well as demonstrably built in former Czechoslovakia. It has been preserved till now, although in a quite demolished state.

He started building it shortly after returning from a four-year captivity in the Russian city of Saratov. This period literally determined his fate. In captivity, he worked in the mill of Count Tolmachov, where he not only learned this craft – continuing also at home – but also met the love of his life there: the Count’s charge Maria Rostovska. After 1917 and the October communist revolution, the political climate quickly changed. So it was also best for Maria to follow her loved one to his homeland.

A second chance for a sauna

The Demo family’s original sauna was a log cabin but after its roof was damaged in the 1950s, the Durajov family – the descendants of Michal Demo and Maria Rostovska – rebuilt it into a brick-and-mortar construction. It has stood till now, although quite damaged and without much inner furnishing.

Still, there is hope of preserving it. “We would like to agree with the Duraj family on a long-term lease and would like to re-establish a sauna here while respecting historical facts,” said Šumiac mayor Marcel Pollák. The idea was also supported by municipal councillors, and the mayor says they will now start searching for possibilities on how to renovate it and finance the reconstruction.

They travelled long months from Russia to Šumiac

Michal Duraj is the grandson of the Demos, and he still owns the former mill and the sauna on a nearby meadow. He says he welcomes the village initiative, although adding that there has been no specific agreement made yet. As a child, he experienced the atmosphere of the original wooden sauna with grandparents; but he mostly remembers the re-built construction used until the 1980s.

“This was not an ordinary sauna, but a huge piece of Horehronie’s history,” he added. His grandfather and his wife Maria travelled from Russia to Šumiac, most of it by foot. Shortly after their arrival, they planted a nut tree in the mill’s courtyard. Today, it is a massive tree that still bears fruit.

They started building a sauna, which was unheard of at that time. People most often washed themselves in a stream, or at home in a wash-basin with cold water. A hot water bath was an absolute luxury. Thus, the Šumiac sauna, called a kupieľka (bath is kúpeľ, a bathroom kúpeľňa, and kúpeľka may be a diminutive, Ed. Note) soon became a sort of “regional bathroom”, or even a health spa where people from the wider area came to treat their rheumatism. 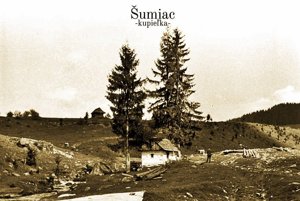 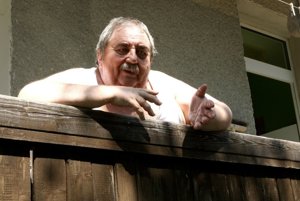 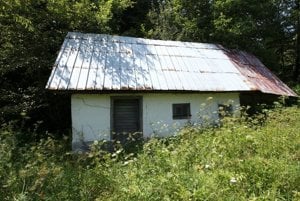 Sauna in Šumiac was the first one in Slovakia (9 photos)

“Many came here for several days and slept in the mill,” Michal Duraj recalls. “My grrandparents told me that an old lady came once, from somewhere near Švedlár. She was quite deformed. She spent two weeks here, and left for home absolutely upright.” He adds that recruits also came to bathe here, before they were sent away.

Plicka desired only for straw

One of the Demo family’s close friends was famous photographer and folklorist Karel Plicka. Horehronie became an eternal source of inspiration for him, and he liked to also visit Šumiac.

“He loved traditions, and when my grandparents offered him a room, he always insisted he wanted to sleep only in the barn, on straw,” Michal Duraj recalls. He adds that the sauna was also a nice distraction and entertainment for Plicka after long trips around the hamlets where he collected folklore traditions.

Demonstration of mastery and craft skills

The Šumiac sauna was built very precisely, since Michal Demo gained detailed inspiration in Russia. It was built near a brook with unusually cool water, a bench placed in the entrance room, and a wooden stand where bunches of birch withy were hung. In the bigger room – the sweat-room – there used to stand a massive wooden bench and big stove. First, a wooden tub that he himself made was used for cooling.

After a fallen tree damaged the sauna, the original log cabin was walled, the roof elevated and electricity installed. The wooden tub was replaced by a metal bathtub and the sauna operated for many more years. “We didn’t have warm water in the mill yet, and so my children used to come bathe here,” Michal Duraj says.