Push your limits and grow

The Duke of Edinburgh Award helps young Slovaks achieve their goals and develop. 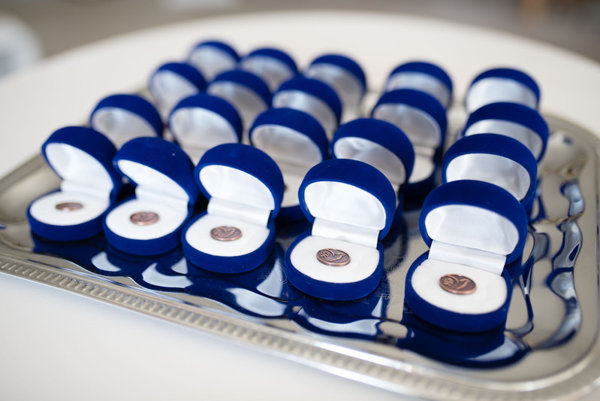 (Source: Courtesy of the National Office of the Award in Slovakia)
Font size:A-|A+

Daniela Sláviková is only 18 years old, but she has already made a documentary film that shows how cult places in Bratislava looked in the 1960s and now. The 21-minute-long film also features interviews with a writer dedicated to past decades, the legendary Slovak actor Milan Lasica and artist Zdeno Sychra.

“I was surprised at how hard it was for me to get the original recordings from the ‘60s,” Sláviková said. “But on the other hand, I was positively surprised by the willingness and enthusiasm of the people I interviewed.”

With her documentary film, she won third place at the Duke of Edinburgh (DofE) Award in 2017.

“The programme helps every participant to develop,” Marián Zachar, co-founder and executive director of the National Office of the Award in Slovakia, told The Slovak Spectator. “When young people set their goals and find ways to achieve them, they get a good base for their further growth and professional life.

DofE brings more success stories. Martin Hrabovec, who also received an award in 2017, found a gap in the market and created an application for Bratislava’s public transport. Now he has a successful company that creates various applications and websites.

Another DofE laureate Lukáš Žilavý travelled 250 kilometres between Bratislava and Banská Bystrica on bike. He also volunteered to help the Red Cross with caring for mentally disadvantaged people.

“The experience changed my opinion,” said Žilavý, who won bronze. “I realised that these people are different from what they seem to be, but on the other side they are very similar to us all.”

Another laureate, 15-year-old student Diana Virgivičová, used the DofE programme to ask questions to personalities who may seem out of reach to some of her peers. Thanks to the programme, she learned more about the thoughts of the former French president François Holland and about global warming from the famous scientist Stephen Hawking.

With her new knowledge, Virgovičová won the geography competition on the topic of global warming and will receive the bronze prize at a ceremony in September 2017.

One of the best national offices

DofE is the world’s leading youth achievement award, equipping young people for life and work and enabling them to use their free time to make a difference for themselves, their communities and the world. The programme was founded in 1956 by Prince Philip, The Duke of Edinburgh, together with Kurt Hahn, a German educationalist and renowned promoter of experience learning, and Lord Hunt, the leader of the first successful ascent of Mount Everest.

It was introduced in Slovakia in 2007 by the British International School in Bratislava, and in 2014 the national office was opened.

“The programme helps develop features like strong-mindedness, persistence and inner motivation, which teachers at schools consider important and which they themselves are trying to find ways to develop,” said Zachar.

So far, DofE in Slovakia managed to involve more than 150 schools and organisations and is currently working with more than 350 teachers and volunteers. They have granted more than 100 awards.

The Slovak branch belongs among the top three fastest-growing national offices in the world, Zachar said.

More than 1,200 young people are currently involved in the programme. They come from across Slovakia, from Veľké Leváre in Záhorie region to Snina in the far east of the country. Zachar admits that the capacity is often lower than the interest, so the schools have to choose the students who will participate, as they usually take 15 people per organisation.

“Our task now is to build a strong network of organisations across Slovakia that will offer the programme to help the most young people possible to succeed,” he added.

The aim for the future is to involve in the programme about 1 percent of all young people aged 14-24, which represents a figure of about 7,000. They would also like to continue extending the programme so that every young person in Slovakia gets a chance to succeed, not only the best ones. They also want young people from marginalised groups to have this chance, Zachar said.

“For example, we are starting the programme at five schools with Hungarian as the teaching language, two re-educational centres and three schools where most pupils are Roma as of September,” Zachar said.

The programme teaches its participants

The participants in DofE programme are rather positive about their experience. Virgovičová, for example, learned the basics of the Russian language and even climbed the known peaks of the Slovak mountains.

“It all reinforced my opinion that we can use our time more purposefully and that when a person works step by step on something, anything can be achieved,” she said. “These experiences also helped me in my after-school activities and the mentioned competition.”

Sláviková also praises the programme, saying it taught her patience, purposefulness and endurance, whether in searching for a topic or gathering and processing the archive materials.

“I would suggest this program to others,” she said. “Thanks to DofE, one can set a goal and will learn what systematic and long-term work means. Meanwhile, the person might meet some interesting people and learn something about themselves as well.”