Opposition politician calls for labelling of bryndza made from Slovak milk 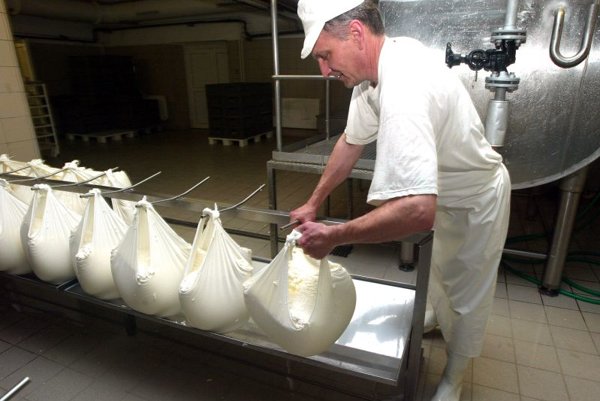 The Slovak agriculture sector has devolved into a cash cow for speculators and its functioning leaves much to be desired, said Alojz Hlina, chair of the non-parliamentary Christian Democratic Movement (KDH) chairman at the 44th edition of the Agrokomplex agricultural and food fair in Nitra on August 17.

The tip of the iceberg is the situation around sheep’s cheese known as bryndza, which is made from milk imported from France, said Hlina.

Bryndza is a traditional Sloval fermented salty sheep cheese. It is on the list of protected traditional specialties with the status of PGI (protected geographical indication).

“It is above my head why Slovakia had it registered when we don’t care about what it is made from,” said Hlina.

While Slovak sheep breeders used to have 2 million sheep, the number is estimated to have dropped to some 300,000.

“And unless we do something about it, the current number will halve in three or four years and only wistful loonies will continue to rear sheep,” said Hlina.

With low sheep numbers comes a shortage of milk, which is why bryndza producers buy it abroad. Slovak farmers, who receive zero subsidies, are in an inferior position compared to their French peers, who benefit from subsidies of 60 eurocents per litre of milk, said Hlina.

He lamented the practice of labelling products which, while produced in Slovakia, are in fact made from French milk.

“We propose that bryndza made from Slovak sheep milk be clearly marked accordingly,” said Hlina.