The lawmakers need to act before the next Oliari comes to the Strasbourg court to sue Slovakia. 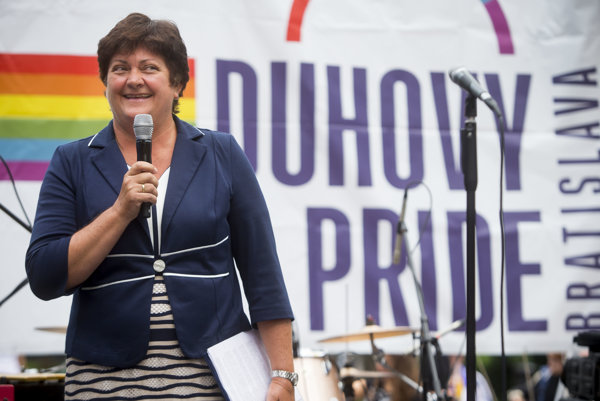 After a long time, on the afternoon of August 19, I felt joy and pride about the existence of a concrete institution in our country and the people who work there. It was when I heard the address of Ombudswoman Mária Patakyová at the Rainbow Pride in Bratislava.

The ombudswoman, who had given much thought as to whether she should support the march and take part in it, gave an address that completely deserved the applause it received.

No, in the case of the ombudswoman it was not emotion or some personal sympathy with the LGBTI movement that would influence her decision to participate in the Pride. On the contrary, when she presented her priorities a few months ago, she said she did not know whether she would support the LGBTI and the Pride.

But on that Saturday Patakyová stood up in front of the audience and with the calm and sober voice of a rational lawyer and a respected law professor she said to all of us that with regard to our Constitution, the European Convention on Human Rights and the practice of the court in Strasbourg she had necessarily come to the conclusion that the Slovak Republic violates its legal commitments to the people in same-sex relationships. 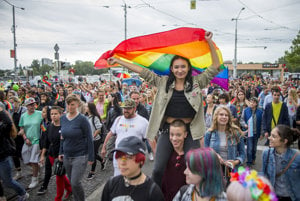 That is why she could not act differently, and as her post of public protector of rights demands, she had to come to support the rights of this minority.

What the ombudswoman has done should serve as an example for every single MP and cabinet member, at least those who do have a degree in law. Because in their case, just like in the case of Patakyová, it should not be about compassion, love, or personal sympathies or antipathies to the LGBTI movement.

This is about their professional and personal integrity, which Patakyová has shown as an example for all of us.

And it should be an example to you, government and parliament. Because a rational and responsible lawmaker cannot tolerate a situation in which their own commitments, constitution, and therefore the rights of a number of the citizens of this country are violated.

Most recently, in 2015, the Strasbourg court ruled in the Oliari and others versus Italy case that the positive obligation of the state to ensure legal recognition of same-sex partnerships, and thus to remove the discrepancy between their social reality and the law, is part of the right to respect for private and family life.

You do not need to be a supporter of the LGBTI movement and their demands, you do not even need to agree with them in your private life. But as long as you are in a post we have elected you into, we pay you from our taxes, and as long as the Constitution is valid then you should protect and fulfil it. It is your duty to right this wrong and explain your actions to the citizens in a rational and sober voice.

And it should happen before a next Oliari comes to the Strasbourg court, this time against Slovakia.