The fresco was discovered under several layers of plastering. 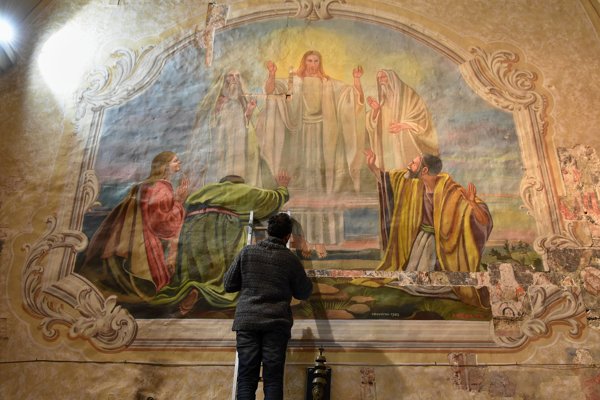 The renovators revealed a precious 14th century fresco during work at the St Nicholas Church in Stará Ľubovňa (Prešov Region).

“We uncovered the whole northern wall of the sanctuary and conserved the original,” renovator Peter Koreň told the SITA newswire. “We fastened the separate parts of the masonry through grouting and conserved the surfaces. The wall is thus ready for retouching.”

The retouch is scheduled for next year.

The fresco depicting the life of Jesus Christ has a great value and it also increases the value of the church itself, Koreň added for SITA.

The reconstruction work began last year. Since it was ready to restore the electrification system, the regional memorial office ordered a survey to be carried out in the church. The renovators thus searched the sites with mediaeval masonry and gradually revealed the Gothic fresco under several layers of plastering.

The size of the fresco is seven times seven metres.

“Before, we only suspected that the church was built on mediaeval basics, but we lacked proof,” Koreň explained to SITA, adding that it was confirmed only by the current survey. 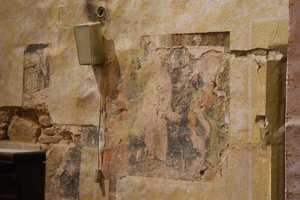 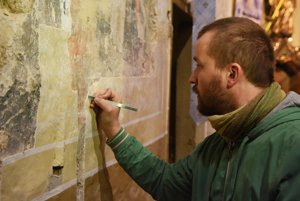 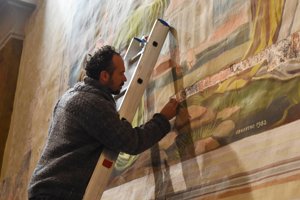 The fresco dates back to about the 14th century. It is impossible to say when exactly it was created.

“We can define the whole cycle of murals; there are 12 pictures from Jesus Christ’s life and fragments from the younger layer,” Koreň said, as quoted by SITA, adding that they are sure the painting dates before 1412.

The first phase of the reconstruction, also financed by the Ministry of Culture, has already been finished and the scaffolding has been removed from the church.

The church is open for the public and it also conducts masses.

Pavol Lacko, dean of the Roman-Catholic parish in Stará Ľubovňa, says that they now plan to ask the ministry for another subsidy this year to retouch the fresco, as reported by SITA.