The Ružomberok bypass will be late

Construction will be completed with a 4.5-year delay. 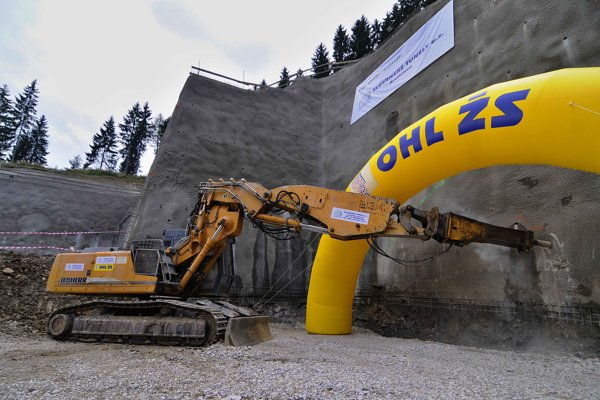 The start of construction works on Čebrať tunnel in 2014 (Source: TASR)
Font size:A-|A+

Though the Ružomberok bypass was to be completed this summer, the constructors now say it will be by 4.5 years late.

The reason is a landslide in a tunnel projected to lead through the Čebrať hill above Ružomberok (Žilina Region), which has halted construction work. Moreover, the National Highway Company (NDS) had to re-project the route, prolonging the tunnel from 2 to 3.6 kilometres, the Sme daily reported.

The bypass is part of the 15.2-kilometre stretch of the cross-country D1 highway between Hubová and Ivachnová. The NDS now expects the road to be possibly completed in December 2021. Drivers will probably be able to use it as of 2022, Sme wrote.

The competition to build the Ružomberok bypass was launched by Ján Figeľ of the Christian Democratic Movement, who served as a minister in Iveta Radičová’s government (2010-2012). The contract with the winning bidder, the OHL ŽS and Váhostav consortium, was then signed by his successor, Ján Počiatek of Smer.

The total price of the highway stretch, including the bypass, was set at €227 million, Sme wrote.