The collaboration is based on the principle that unites people from the public sector, academia and industry. 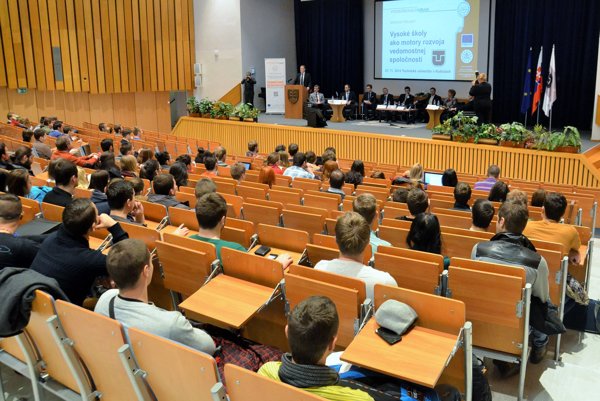 A supplier of defence and security solutions, Saab signed a new cooperation deal in the field of innovations with Technical University in Košice (TUKE), which will enable the further transfer of Swedish know-how to TUKE’s startup centre and business incubator.

The deal between TUKE and Saab, signed in late May, focuses on the connection between the university and incubated companies with Swedish business advisors who have experience with the transformation of startups into successful businesses, the TASR newswire reported.

“We are thrilled to bring our successful cooperation with TUKE to a new level,” said Peter Nilsson of Saab, as quoted by TASR. “We want to repeat what we are doing in Sweden in the field of research, development and innovations in other countries as well.”

The collaboration is based on the so-called Triple Helix principle. It unites people from the public sector, academia and industry in their effort to face the technological challenges contemporary society faces.

“Our previous cooperation has brought about specific results in defining the legal framework and the protection of intellectual property, as well as in setting business processes between TUKE and existing startups,” said Anton Čižmár, deputy rector of TUKE, as quoted by TASR.

The cooperation will also focus on the development of companies already placed in the TUKE incubator. It will be financially supported by mentors from Saab, he added.