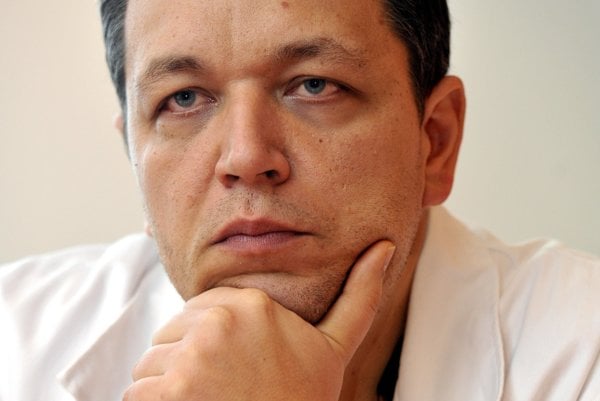 A total of 11 employees filed resignation notices in the Bratislava-based National Institute of Cardio-Vascular Diseases (NÚSCH) on August 24. Of them, nine are doctors, mostly cardiologists from diagnostics and interventional radiology departments, including the head doctor of the diagnostics department, Ivan Vulev. Until recently, he was also a member of the institute’s board.

“The outgoing staff failed to provide sufficient notice of their resignations and did not officially disclose their reasons for leaving,” NÚSCH spokesperson Dobroslava Krajačičová told the TASR newswire, adding that a timely announcement would have made the situation more comfortable for the institute. Their resignations are valid as of November 1.

The news on the mass exit was revealed by Health Minister Tomáš Drucker earlier in the day. He said that the doctors are reportedly switching to the Medissimo private health care centre, which falls under the Penta financial group.

Penta denied hiring them and explained that instead, a company represented by Vulev will rent the space from it the Sme daily wrote.

“A company called CINTRE, represented by one of the doctors who quit NÚSCH [i.e. Ivan Vulev], approached us regarding the matter of looking for suitable premises for a long-term commercial rental,” said Tomáš Král, the spokesman of Penta’s Svet Zdravia (i.e. World of Health) hospital network, adding that Medissimo hospital has had such premises at its disposal. “We’ve agreed on a lease relationship with CINRE, but our group is not connected with CINRE’s activities or its representatives in any way,” he added.

“I don’t consider this to be a coincidence," said Drucker for TASR, adding that he views this as a failure on the part of NÚSCH. “I’m going to look into the issue and find out why it has happened,” the minister said, adding that he will hold talks with the hospital management about the issue. The outgoing medical staff allegedly were not satisfied with the technical equipment at the institute and commented that the state is not able to secure top-level health care. “I’m not saying that there were no problems, but that it all ended up in this way ... that’s too much,” he said, noting that he will not allow the departure of the doctors and nurses to affect patients in any way. “I’m going to look at it as if it’s a top-notch institute," said Drucker, noting that he wants to adopt measures to prevent such a situation from being repeated in the future. He also slammed the renegade’s step, noting that he will not allow anyone “to just pick cherries from the cake”. Drucker summed up that the situation will be clearer in the course of the last week of August.

The institute claims that despite the exodus of key workers it will try to secure top health care, as it has until now.

Disclaimer: The Penta financial group has a 45-percent share in Petit Press, co-owner of The Slovak Spectator.