The message of the anti-fascist uprising still resonates

Surviving SNP participants express concerns about the sentiments among society. 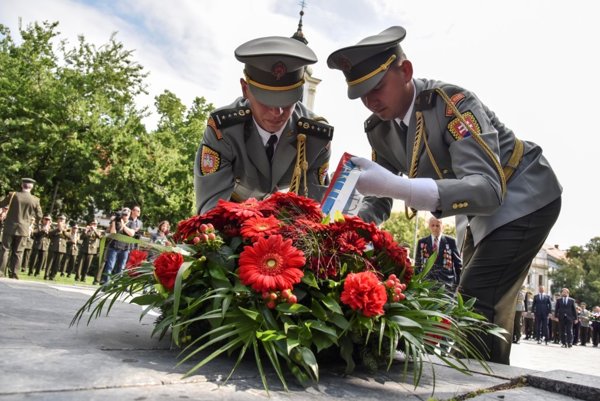 All those who have been through the atrocities and suffering of war worry that such things could be repeated, said Anna Bergerová, one of the direct participants in the Slovak National Uprising (SNP) during the remembrance ceremony in Bratislava on the eve of the August 29 national holiday.

The gathering in central Bratislava commemorated the 73rd anniversary of the SNP, the anti-fascist surge against the Nazi-satellite wartime Slovak state.

We have a duty to remember the history and tell the young people about the uprising and World War 2 and what was behind it. 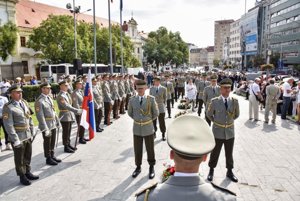 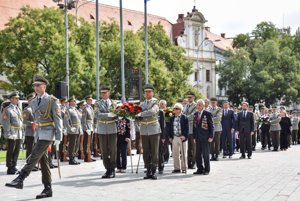 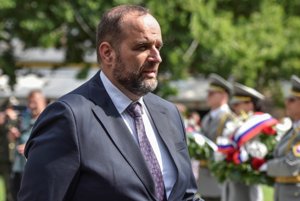 “So that they do not let anyone or anything manipulate them,” Bergerová said as quoted by the TASR newswire.

Ján Chudík, another participant in the SNP, pointed to the threat that society is facing nowadays.

“Phenomena similar to those in the 1930s are surfacing, it is a great danger,” Chudík said as quoted by TASR.

Parliament and cabinet members, including PM Robert Fico, and the Bratislava regional governor, Pavol Frešo, attended the ceremony too. The presidential guards of honour laid wreaths at the SNP memorial in the SNP Square in Bratislava. So did representatives of the armed forces, the Slovak Association of Anti-Fascist Fighters, and foreign ambassadors to Slovakia.