Parliament opens to the public on Friday 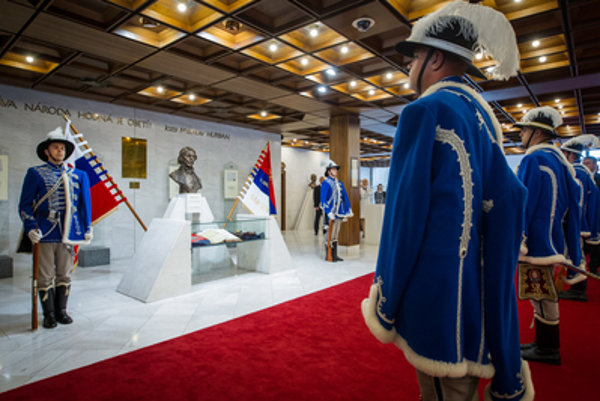 On September 1, the anniversary of the Slovak Constitution and the national holiday, the National Council, i.e. parliament, offers an Open Day. Throughout the year, an average of 18,000 people visit the building; but on this single day, the same number of visitors usually arrives, the Parliamentary Office states on its website.

This time around, a rich programme has been arranged for September : a parade and show of the Slovak Armed Forces, demonstrations of the work of police, fire-brigade, and rescue team.

Apart from a bust of Hurban – which dominates Hurban Hall – another bust, that of Milan Rastislav Štefánik, important Slovak politician, diplomat, general of the French Army and co-creator of the first Czechoslovak Republic is placed here. Apart from being a crucial politician and army representative, Štefánik had great technical talent and was an inventor e.g. of switches for trams, or a folding pipe, as well as trousers braces.

More on offer on Open Day

On the first floor of the southern wing, there are three original phone booths from times before the internet and mobile phones. They used to connect the Parliament to the whole world.

These curiosities, and some others, can be visited on the first day of September, the Open Day in parliament.