Shortly before the sale, the Slovak government confirmed that the private company SK-Nic will administer the national internet domain in the upcoming years as well. 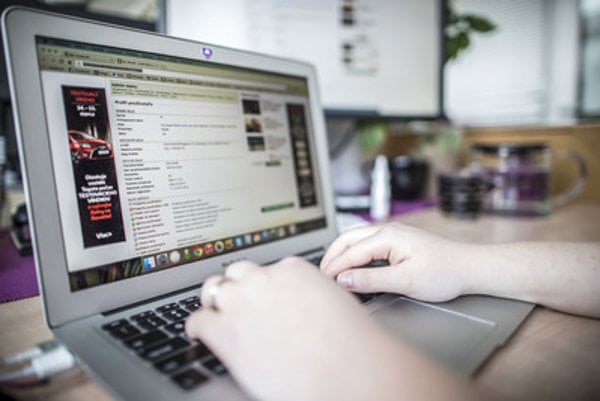 SK-Nic, which administers the Slovak national internet domain .sk, will change its owner in the weeks to come. For 26 million, it will be purchased by the CentralNic from Great Britain, which also administers the national domains of Armenia (.am); Laos (.la); the Caribbean isle of Curaçao (.cx), and the Pacific island of Micronesia (.fm). Apart form national domains, it also administers 24 general internet domains, e.g. .love, .store., .xyz, .online and .wiki, the Sme daily wrote on August 27.

The interest of the CentralNic Group in the Slovak domain has been known for some months, the transaction officially confirmed on August 25 through an announcement on the London Stock Exchange. The legal conclusion of the transaction is expected in mid-September, SK-Nic informed on the same day.

SK-Nic, which has been administering the national domain since 1993, is part of the DanubiaTel group, owned by the Slovak businessmen Juraj and Pavol Ondriš; they have long been present in the telecom business. Their assets include the Štvorka mobile operator and Swan and GlobalTel, which have built a system of electronic mailboxes and forms on the Slovensko.sk website for €50 million.

The Ondriš brothers first transferred the shares of SK-Nic to the Dutch company they founded in December 2015; and this company is now selling SK-Nic to the CentralNic Group. The transfer will bring the Ondriš brothers €21.27 million, another almost five million euros to be paid “depending on how the growth targets are met in the next three years”. The targets have not been specified in the stock exchange announcement.

The British company took a loan of £18 million (€19.5 million) from the US Silicon Valley Bank. The remaining three million pounds (€3.3 million) are financed from their own resources.

CentralNic promised to “support the Slovak internet community by offering a more competitive service than that from the past”. The company also announced that they will put five percent of SK-Nic revenues into the fund for supporting the Slovak digital economy, which has been agreed upon with the Deputy Prime Minister for Informatisation, Peter Pellegrini.

The sale of SK-Nic also implies that the company has been working on introducing a new administration system for several months already, which shall simplify and accelerate the registering and administration of .sk domains. SK-Nic is known for its backwardness: a domain owner could only be reported to the registry by filling an electronic form which was then printed, signed at a notary, and sent by post to SK-Nic. The process could be simplified for users with a secured electronic signature.

CentralNic promises to further improve the system so that users are more satisfied.

Indirectly, the government has been involved in the sale of SK-Nic, as CentralNic negotiated with Pellegrini before concluding the deal about the new contract on administering the national domain.

Then the internet community launched a petition for the more transparent operation of the .sk domain, supported by almost 10,000 people, Sme wrote.

Ultimately, Pellegrini secretly signed the extension of the contract at the beginning of August. The contract assured the British company that SK-Nic will not lose the position of administrator for the top Slovak domain in the upcoming years.

The private company acquired the administration of the .sk domain in the 1990s in a backdoor manner.

In June 2006, the position of SK-Nic was confirmed by then-transport minister Pavol Prokopovič when he signed an irredeemable contract for the administration of the national domain. According to this contract, SK-Nic received the fees for administering the domain but paid nothing to the budget. Only gradually did tthe pressure to make the company invest part of this money back into digital economy projects increase.

The firm is profitable in the long term, though, and its revenues keep growing every year, last year amounting to €4.3 million.