Lajčák visits India for talks with the Indian PM

The visit was due to minister Lajčák assuming the post of president of the 72nd session of the UN General Assembly in September. 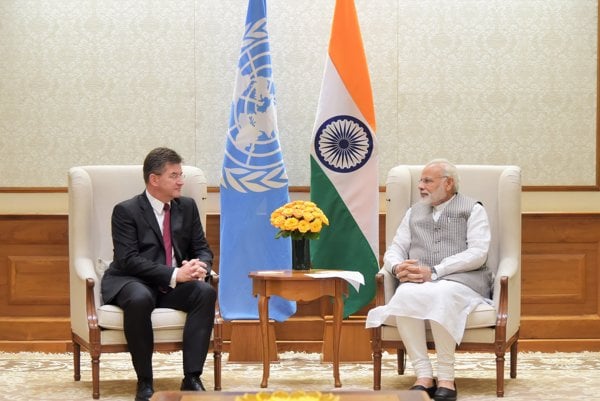 Lajčák and Modi discussed issues on combating terrorism and poverty, as well as the need to educate young people in particular, and the role of regional organisations in the international system.

Lajčák also presented to the Indian prime minister his priorities for the upcoming UN General Assembly session. These include improving people’s lives, the prevention of conflicts, addressing migration and human rights, promoting the goals of sustainable development and combating climate change.

“I’ve always had confidence in the United Nations, and I’m counting on India’s support to keep this global organisation relevant so that it can continue to help find solutions to current global issues,” said the head of Slovak diplomacy.

At the invitation of Chairman of the Research and Information System (RIS) for Developing Countries Hardeep S. Puri, Lajčák also met leading Indian experts to discuss UN issues. They exchanged their views and experience with the UN and outlined further options for improving this global organisation.