Kiska at SNP ceremony: We don’t need to be heroes, just true citizens

Message of anti-fascist insurgency resonates in Banska Bystrica ahead of November’s regional election. 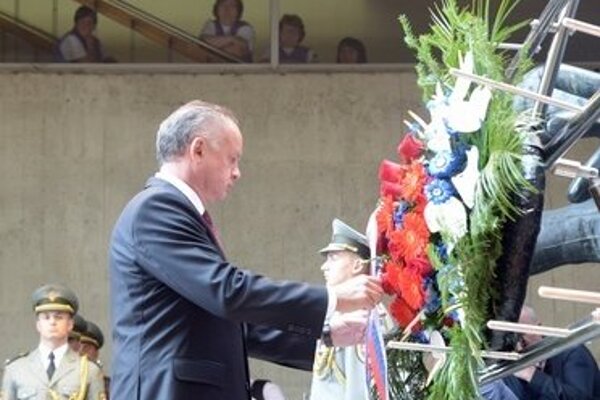 Slovakia marked the 73rd anniversary since the outbreak of the Slovak National Uprising (SNP) on August 29, 1944. The central remembrance ceremonial took place on the SNP Day in Banská Bystrica.

“Thanks to the heroes of the Uprising we remember the defeat of fascism and Nazism every year while holding our heads high,” President Andrej Kiska told the crowd in Banská Bystrica. “Thanks to them, we, as a country, did not stand on the side of evil, or shamefully stood by.”

Veterans of the SNP, top constitutional officials, foreign diplomats, and thousands of citizens attended the event. It took place at the SNP Memorial, which offered a free entry to the museum on that day. Museum director Stanislav Mičev estimates up to 12,000 people came to visit the museum and see the cultural programme in the afternoon, the TASR newswire reported. 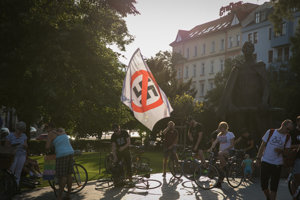 Speaking to the gathering at the official part of the celebrations in the morning, President Kiska thanked the other nationalities who fought in the SNP, among them Russians, Czechs, Ukrainians, Belarusians, Romanians, French, Bulgarians, Poles and Hungarians.

Stressing the message of the SNP for the present day, Kiska noted that it is the duty of all of us to do more than just remember those fallen in the uprising with speeches and wreaths. He alluded to the Banská Bystrica Regional Governor Marian Kotleba, who won the election five years ago and his party has subsequently made it to the parliament in the 2016 general elections. The president called on citizens to participate in regional elections, to make them “the elections in which we will stand up against the ideology of evil”.

“Today we no longer need to stand up against the enemy with a weapon in our hands,” Kiska said. “We don’t need to be heroes. It’s enough if we act like true citizens, and go vote in November and choose a non-fascist candidate.” 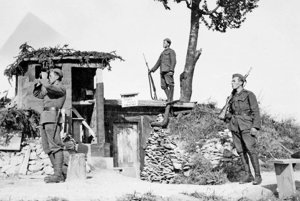 Read also: In 1944 thousands of people made a heroic gesture. And today? Read more

Parliament Speaker Andrej Danko also reminded the people of Banska Bystrica of the slogan that started the SNP: “Start the Evacuation”.

In response to the start of the Nazi German occupation of Slovakia, Slovak Army Lieutenant Colonel General Ján Golian issued this code for military units on the evening of August 29, 1944, which signaled the start of active military defence against the occupation.

“I want to call on all of Bystrica’s people, you living here, to start the evacuation this election,” Danko said as quoted by the TASR newswire, adding that Banska Bystrica has the chance to show other regions that this experience was enough for them and that “they will not let madmen control state power”. 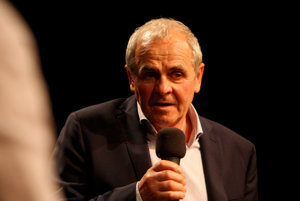 In his speech PM Robert Fico also addressed the situation at the Banská Bystrica regional authority and called on the prosecution bodies to react to expressions of extremism Slovak laws define as a crime. There is freedom of expression in Slovakia, but this should not mean that people can praise Hitler and fascists and greet each other with Na Stráž (On Guard, the salutation of the wartime Slovak State).

In a minor incident during his speech, Fico apologised to the audience for the group who shouted against him, and which he said “abused the sacred site of the SNP”.

“Shame on you, gentlemen from the OĽaNO, for abusing the official SNP celebrations in such a crude way,” he said.

The opposition Ordinary People (OĽaNO) movement accused Fico of politicking during the SNP festivities and claimed they were not involved in the organisation of any protests in Banská Bystrica on August 29.