Man who stabbed wife in police car in custody, charged with murder

The man who surprisingly stabbed his wife to death while she sat inside a police car ready to file complaint against him will remain in custody, charged with murder. 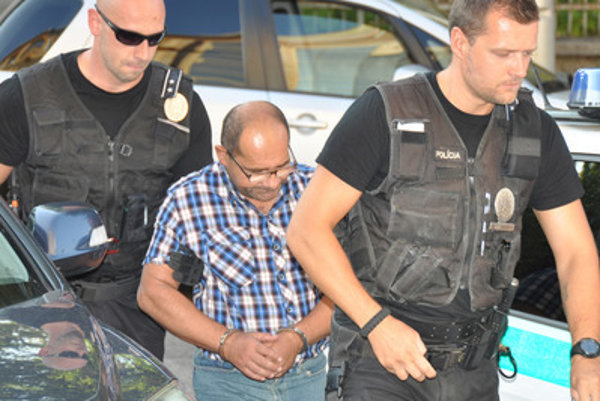 Police informed the TASR newswire that they have pressed murder charges against a 50-year-old man, identified only as Igor T. from Nová Baňa (Banská Bystrica region).

On August 26, the police received an emergency phone call from a third person claiming that 40-year-old Ľubica T. was being threatened by her husband Igor T, Regional Police Director Štefan Šurka told a press conference. A police patrol then arrived at the couple’s home. The wife told them that her husband was threatening her, that she was afraid of him and that she did not want to be left alone with him in the flat. She wanted to go with the officers and file a report. The woman was not injured, and her husband had not physically attacked her. Quite the opposite: he got down on his knees in front of the police officers and begged his wife not to leave, promising that everything would be all right.

He was not aggressive and spoke calmly, according to the police officers. He had no object in his hands. Šurka went on to say that despite her husband’s pleas, the woman

got into the police car along with the police officers. Suddenly, Igor T. emerged from an unlit car-park, opened the back door of the car and stabbed his wife several times with a knife. The police officers took action immediately, but she died later in the hospital despite first aid rendered by a police officer.

The attacker, who probably carried out his act out of jealousy, seems to have been under the influence of alcohol at the time.

Igor T., who has never been convicted of a crime before, could face between 20 and 25 years in jail.

On August 30, a judge decided he would be investigated and tried while custody, as he otherwise may continue with criminal activities. As neither the prosecutor, nor defendant appealed this, the judge’s decision is effective.

The measures taken by Nová Baňa police officers will be looked into by the Interior Ministry.