Slovak team beat Slovenia, facing the best team in the group on Monday

After a winning match on September 1, Slovak nationals will play for the No. 1 position in the group against England three days later. 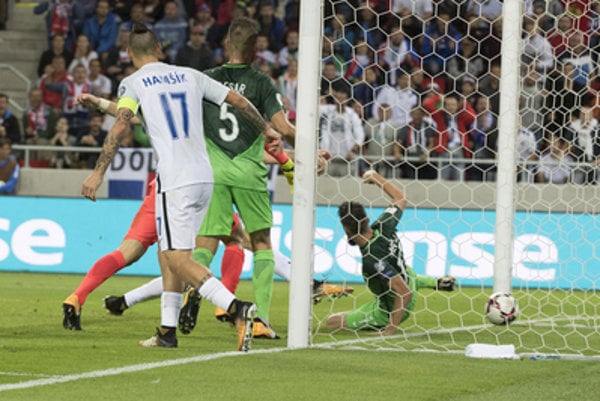 The Slovak team won five consecutive matches in the qualification for the 2018 World Cup in Russia. In total they achieved five wins and two draws in seven matches. They beat Slovenia 1:0 on Friday, at the City Arena stadium in Trnava. They even won without several key players, who either had health issues, or were banned from playing due to violations in previous matches, the Sme daily wrote on September 4.

On that same evening, Slovaks will face the English team in Wembley. Currently, Slovaks are second, behind their Monday rival. They have less points than England but four more than Slovenia and Scotland.

The match is expected to ultimately decide on who will lead the group – and proceed directly to the next round. The team led by coach Ján Kozák seems to be in good form; but England is considered the favourite, Sme wrote. England leads the group without any defeat, with 17 points, and has a splendid score of 14:2. The only star missing in its team will be Wayne Rooney, who has already wound up his career according to Sme.