Price of butter is breaking records 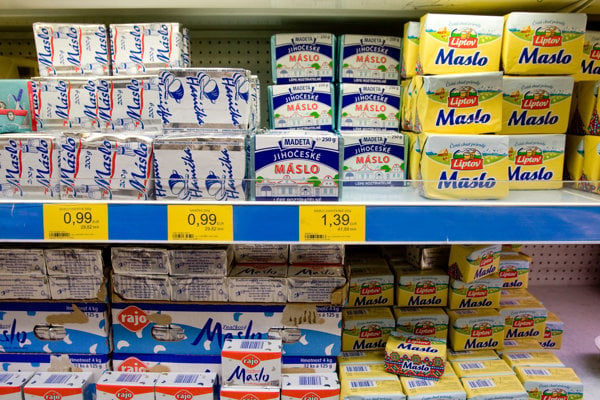 A Danish dairy producer warns that Europe is facing a Christmas butter crisis. Whether Slovakia will also experience a lack butter is not yet clear.

“There is a shortage of fat, cream and butter products everywhere in Europe. It will not be at all possible to meet the demand in the run up to Christmas,” said Peder Tuborgh, CEO of Danish-based dairy co-operative Arla Foods, the seventh biggest dairy in the world, as cited by Reuters. “It is these forces that are significantly dragging up prices.”

The price of butter is also increasing in Slovakia. A 125-gram pack of butter cost on average €1.01 in June, based on data from the Slovak Statistics Office. Compared with June 2016, this is an increase of one fifth, i.e. up from €0.84, the Sme daily reported.

The price of a 0.25 kg pack of butter increased to €2.80. Slovak farmers warn that prices will continue to rise and could increase to over €3.

It is not yet clear whether Slovakia will face a butter shortage prior to Christmas. Retail chains Billa and Kaufland claim that they do not have any problems buying enough milk or butter.

During the last two years farmers in Slovakia have reduced the number of dairy cows by one tenth because they were not able to compete with the import of cheap milk from abroad after the cancelation of milk quotas.

The change in behaviour of consumers, who are starting to show a preference for butter over margarine again, is also contributing to the price increase.