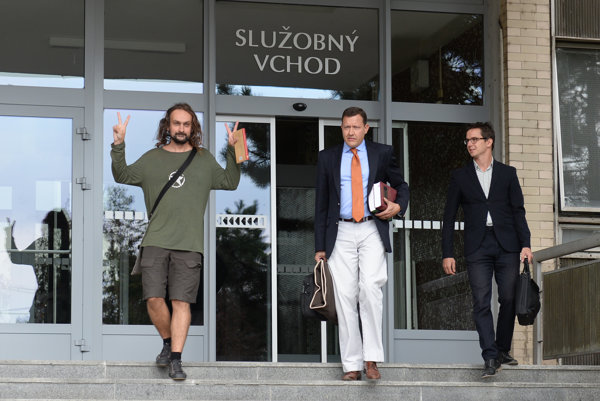 Although it is quite common for people to remove or damage symbols of totalitarian regimes in Slovakia, the state has cracked down harder on artist Ľuboš Lorenz than they usually do in such cases.

Lorenz was charged with disorderly conduct after he removed eight communist symbols, sickles and hammers, from a WWII monument at the Námestie Osloboditeľov in Košice on August 30. These were made from plywood. On September 1, the prosecutor in Košice suggested prison detention for Lorenz to prevent him from continuing such activities. Lorenz however, was released after only four days at the impetus of the General and regional prosecutors, the Sme daily wrote.

“I face further charges, but I think that I will defend myself without any problems because what I was doing was not a criminal offence,” Lorenz said to journalists after his release. 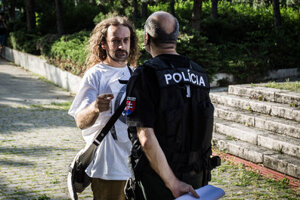 Acting on behalf of Lorenz, advocate Daniel Lipšic thinks that the prosecution has realised that there are no grounds for detention.

“It is really doubtful whether it was a criminal offence,” said Lipšic, as cited by the SITA newswire. “The communist symbols made of plywood were not part of the cultural monument. If somebody sticks up a poster of a music band and somebody else removes it, it would not be defamation of a cultural monument. In this case, the signs of disorderly conduct are missing.”

The Košice regional monument board also issued a statement saying that the copies of the communist symbols made from plywood are not part of the cultural monument. 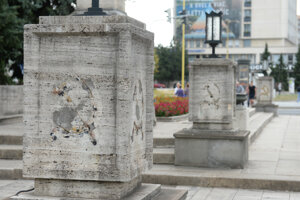 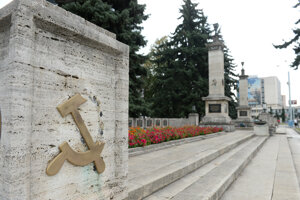 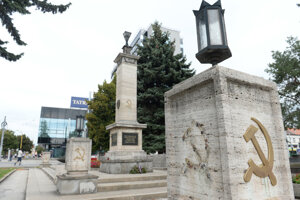 Sickles and hammers are regularly removed from the monument. Also, other monuments linked with lack of freedom during the communist regime often become the targets of opponents. Among damaged monuments have been a commemorative plaque to Jozef Tiso, president of Nazi Germany’s satellite Slovak State and the monument of communist-era leader, Vasil Biľak, built after he died in February 2014 and unveiled in his home village, Krajné Bystré.

Lorenz’s brother, Jakub, was detained for the same misdemeanor last year, for 14 hours.