The synagogue is one of only two surviving nine-bay synagogues in Slovakia. 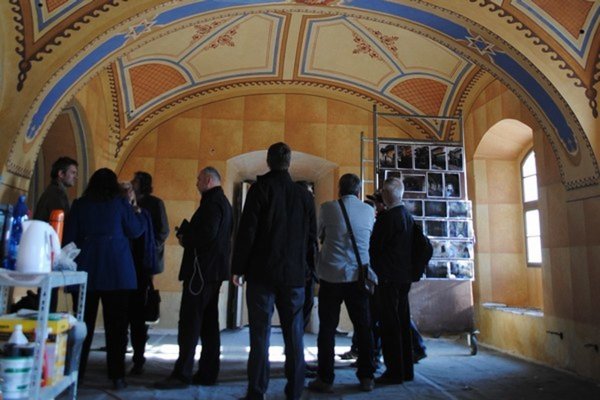 Outside the town centre of Bardejov is a suburb that contains a number of Jewish institutional sites built in the 18th and 19th centuries following Talmudic rules. It includes the Old Synagogue, a beit midrash (study house), a mikvah (ritual bath) and is the only site in Slovakia that has preserved the older history of the religious and social life of the Jewish community.

The Old Synagogue site is the largest and oldest building in the complex. It was built between 1829 and 1836 (before the Jewish emancipation) and along with the synagogue in Stupava is one of only two surviving nine-bay synagogues in Slovakia. Survivors of the Jewish deportations from Bardejov and their descendants have launched the Bardejov Jewish Preservation Committee to restore the Jewish quarter, which had fallen into poor condition.

In 2014, the committee opened the Bardejov Holocaust Memorial. As well, in the historical city centre is a newer synagogue, Chevra Bikur Cholim, built in 1929.

Watch a video about The Old Synagogue, which was prepared as a part of project Cultural Heritage to promote renewal and preservation of cultural and historical heritage in Slovakia, through the EEA and Norwegian Funds.