Slovaks bring medals from The World Police and Fire Games 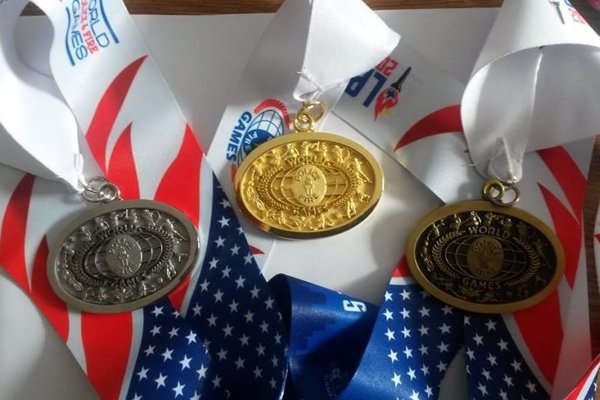 More than 8,000 competitors from 65 countries of the world attended the games.

Ladislav Noskovič brought home a complete medal collection. He won in the 100-metre run with a time of 11.6 seconds. In a relay race 4x100 metres that he ran together with Russian policemen, he took third place. He also obtained a silver medal in the 200-metre race with a time of 24.02 seconds.

Erik Noskovič competed in the bench press. He took fourth place in the under 83 kilogram category by lifting 155 kilos.

“I felt fantastic,” Ladislav Noskovič, who attended the world competition for the very first time, told The Slovak Spectator.

He slightly relaxed after winning the 100-metre run, though he felt nervous and was not accustomed to the environment. The 200-metre run was, however, more demanding for him and he had to fight hard for second place.

“As a freshman, I hope I made a good impression of not only Slovakia in general but also Slovak firefighters,” Noskovič added.

In the past, Noskovič competed at the European Police and Fire Games where he won the 100-metre and 200-metre run, as well as the competition in squats.