Para-cyclist decides not to represent Slovakia

Jozef Metelka claims there was a failure on the side of the representation leaders, but they are not aware of any problems. 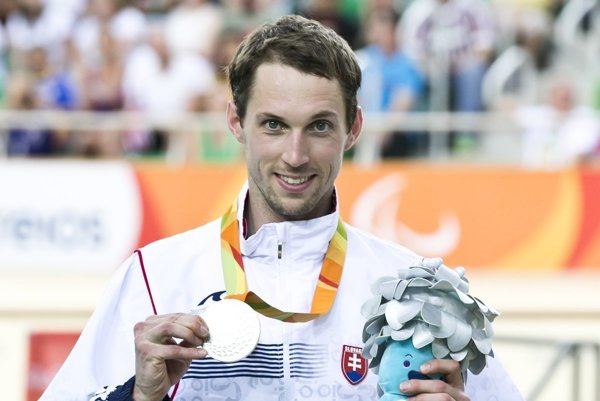 Despite winning a golden medal in the time trial at the 2017 UCI Para Road World Championship in South Africa, he was outraged by his performance as he did not finish the road race. He even told the Nový Čas tabloid daily that it was his last performance under the Slovak flag.

“All my preparation has just been wasted,” Metelka said after the race, as quoted by Nový Čas. “For some, this was probably a tourist trip, not the top competition.”

Metelka wanted to win a medal in the road race, but he made a mistake and started sprinting too early. Subsequently, he did not finish the race. He blamed this on the coach and head of the Slovak team, Branislav Režňák, who allegedly did not inform him about the exact number of rounds, the Sme daily wrote.

“Unfortunately, this was the last drop and now my cup runneth over,” Metelka told Nový Čas. “This was my last race for Slovakia. It is definite.”

The leaders of the representation, however, only learned about the situation from the media. They claim that the racer has not told them about any problems.

“I did not know of any conflict,” Režňák said, as quoted by Sme. “I learned about it on my way from the airport.”

He went on to say that he sent all proposals to Metelka by email, as the racer does not usually live with the Slovak team.

“I really cannot explain why Jozef started the sprint too early,” Režňák went on, as quoted by Sme. “He did not show up in our tent after the race and nobody from the team met with him.”

Two other Slovak representatives, Patrik Kuril and Ondrej Strečko, did not make a mistake in the number of rounds. If Metelka had doubts about the numbers, he could have asked them. Moreover, the racers usually get a sound signal to announce that they are entering the last round and are not allowed to take new water bottles, Sme reported.

“He is a top cyclist,” Režňák said about Metelka, as quoted by Sme. “He is unique which is proven at every single race. I don’t have a problem with him as a cyclist. But the statements that he gave to the media, without letting me know before-hand, hurt me.”

Metelka also complained to Nový Čas that he had to buy his own plane tickets to the world championship. The Slovak Paralympic Committee (SPV) meanwhile denied the claim and said they paid for the tickets. He was purchasing them with a large time reserve.

“We have always tried to meet his demands,” said member of the SPV’s executive committee, Pavel Bilík, as quoted by Sme, adding that they are always trying to secure him the best preparation possible. “He has had above-standard conditions in the past few years.”

Though they would not like to lose Metelka, they will not stop him from leaving the Slovak representation, Bilík added.

Metelka left South Africa directly for the United Kingdom where he is currently living and training. The native of Piešťany (Trnava Region), who had part of his left leg amputated after an accident in March 2009, belongs with the top para-cyclists in the C4 category. He is a champion in track cycling and time races.

The only cyclist to win the poll for the best Slovak cyclist is Peter Sagan. 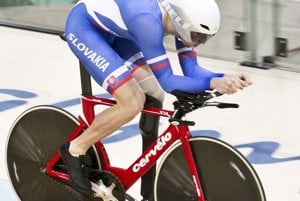 Metelka’s big dream is to compete with healthy athletes. He has attended races where he competed against them three times last autumn, Sme wrote.

During the past year, the cyclist has indicated several times that he is considering changing his citizenship as he does not have good training conditions.

“If the system in Slovakia can’t secure ideal conditions for athletes, it becomes a question for me,” Metelka said last December, as quoted by Sme. “It would be hard for me to leave, but if it is my only option, I will have to change my citizenship.”